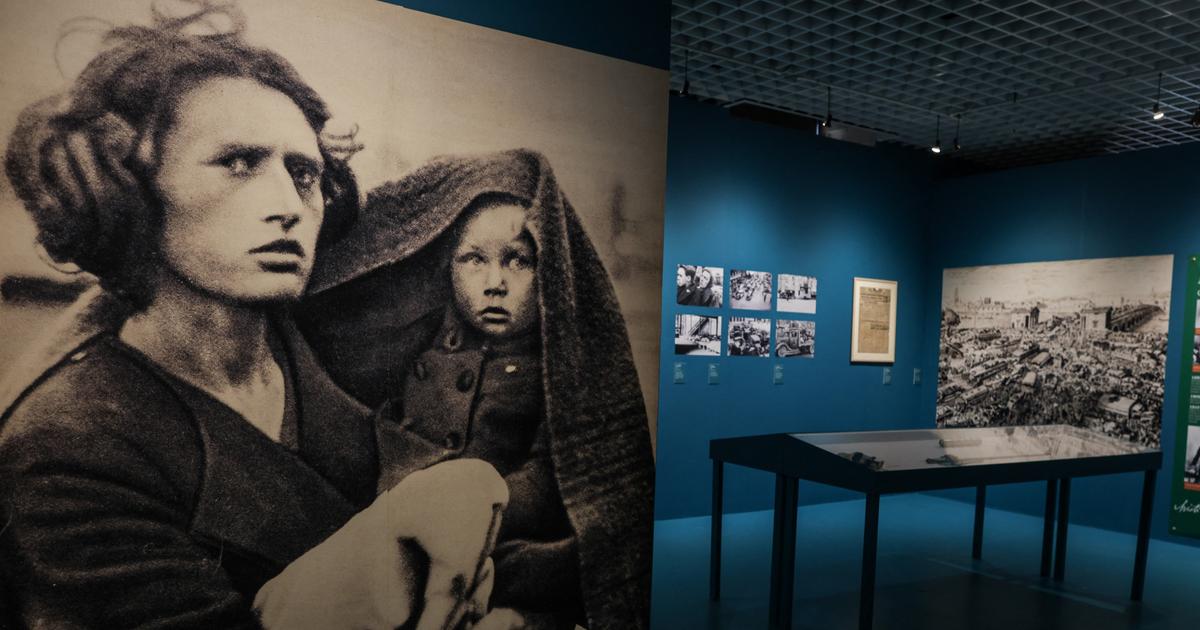 The Portuguese consul, the little-known and ardent Catholic “Schindler”, the forgotten hero of the month of June 1940, saved thousands of women and men by granting essential visas. Until October 2, the Museum of Aquitaine displays the historical memories of the diplomat.

if it was Schindler’s List Known all over the world, the sacrifice of Aristides de Sousa Mendes is much less: Bordeaux dedicates an exhibition to its Portuguese consul, the hero “I forgotJune 1940, who saved thousands of refugees from the war by distributing precious visas.

Consul in the Resistanceuntil October 2 at the Aquitaine Museum, retrieves “brave actFrom a senior officialdevout catholic” Whose “Moral values ​​were stronger than commandsSummarizes Laurent Vedrine, Chief Curator of the Museum.

In June 1940, despite the instructions of the dictator Antonio de Oliveira Salazar, who banned the entry of Portugal into “Jews‘Strangers without a reason’illness“and for”statelessHe distributed visas to refugees of all nationalities and religions, thereby saving more than 30 thousand people, including 10 thousand Jews. A disobedience earned him the expulsion of Portuguese society. He was dismissed from his post after a disciplinary trial, and died in 1954 in poverty in a Lisbon hospital at the age of 69. “He died alone, and most of him died in oblivion‘, confirms Laurent Vedrine again.

Sometimes compared to the German industrialist Oskar Schindler, who kidnapped hundreds of Jews from deportation, Consul Souza Mendes suffered a belated rehabilitation. It was recognized in 1966.”The righteous among the nationsBy the Holocaust Memorial in Jerusalem. Then in Portugal, twenty years later, he will be honored with the Cross of Merit before entering the National Pantheon in October 2021.

Since then, the invasion of Ukraine has given a new echo to the journey of the rebel consul.global model” Because “There are still refugees fleeing the war, and the brave men and women who help them are in danger”, confirms his grandson Gerald Mendes, who lives in Montpellier. “This exhibition builds a bridge between the past and the present, asking us about refugee reception, concepts of disobedience and citizen action.Lauren Vedrine adds.

Thanks to numerous documentary collections, the Museum relives these crucial weeks in Bordeaux after the conquest of Belgium, the Netherlands and northern France by Germany, on May 10, 1940. While 4 million people threw themselves on the roads of exile, thousands looking to flee Europe flocked to Bordeaux as they withdrew French government on June 14.

Chaos and then his meeting with Rabbi Krueger, who had left Poland, provoked Sousa Mendes. “Torn between the duty of obedience and the duty of humanity, he will lock himself up for three days before making the decision to disobey.‘ explains Laurent Vedrine.

at the entrance to the exhibition,candelabra», a video metal sculpture in the form of a candlestick, symbolizing this inner dilemma. In the work, designed by artist Werner Klotz on the idea of ​​Sebastian Michael Mendes, the consul’s grandson, screens scroll through images that may have tormented the consul, a father of 15 children – his family, his career, and refugees, while the soundtrack sings the titles that have been awarded Sesame. “In the end, he drops them on a corner of the table on Baiyun Street, it’s a race against time’” the curator continues.

Between old newspapers and pictures of the Pont de Pierre over the tide-swept Garonne River, objects on loan from the Sousa Mendes Foundation immerse the visitor in these life snippets: a Dutch refugee teddy bear, consul-stamped passports, yellow stars…

Like the descendants of other visa recipients scattered around the world, Jennifer Hartog learned of what Susa Mendes had done only in late 2013, thanks to the foundation’s identification work. “Little did they know that Souza Mendes was doing a brave thing by putting on a tampon‘, confirming the move of this Canadian whose family fled the Netherlands. His Jerusalem cousin Beatrice Broome tried to find out his mother’s journey. But today “She was just saying, “We were lucky.”“.