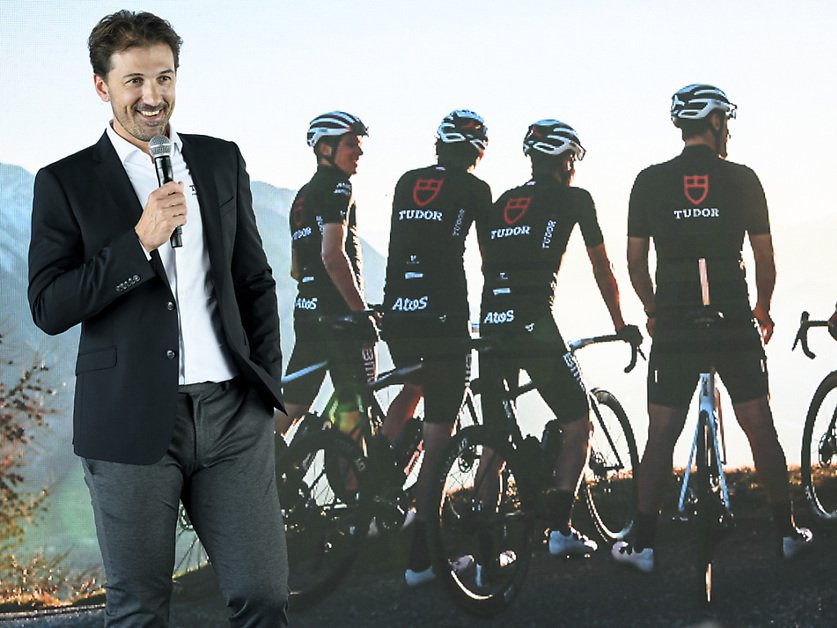 The new Tudor Pro Cycling team has explored many prospects to set up its ProTeam formation. Fabian Cancellara’s knowledge helped her.

They let him get his hands on a well-known sports leader in the community: the Portuguese Ricardo Schedeker.

The man, who strives to be low-key as he told Keystone-ATS, has quite a resume in the cycling world. He has just spent the past five years as the Technical and Development Director on the highly regarded Quick-Step Alphavinyl team. So he led sprinters like Remko Evenpoel, world champion Julian Alaphilippe or Fabio Jacobsen. He was one of the craftsmen in establishing the “wolf pack” ethos that characterized the way the men in blue shirts ran.

“I don’t think I can give much to the Quick-Step team. I’d like to thank Patrick Lefèvère (ed.: big boss of the Belgian team) for giving me this exceptional experience,” notes Scheidecker when asked about his reasons for leaving one of the biggest structures on the WorldTour. His friendship with Cancellara, the Tudor boss, undoubtedly influenced this decision, which was made late in the beginning of October.

The Portuguese, who also worked with Bjarne Reis, also spent three years of his life in Switzerland. He worked three years for the UCI in Aigle while living in Bex. “I know little about French-speaking Switzerland,” he laughs. After tasting caviar at the ProTour, he and his thrush pie found themselves on the second echelon with the ProTeam. The team formed without him since Cancellara and his staff have been searching since April to lay the foundations of a new structure that will undoubtedly develop one day to the highest level.

“Ambition is the rise”

“I find the important challenge of Team Tudor seductive. I want to help them chart their path to the top. The ambition of the ProTeam is to one day climb to the top floor of the WorldTour,” confirms Scheidecker.

The Portuguese finds himself at the helm of the sports management of the twenty-rider horseback riding. “I know the riders, some a little more, some a little less. It’s a very interesting group to develop in the second division. We have the youth, but we also have the experience.” We will have to develop contestants who come from different backgrounds together. “We’ll have to find the right synergy, that’s my job. It’s going to take the necessary time. One year, six months, we don’t know.”

At Quick-Step, when it came to hiring a leader, there were plenty to choose from. The situation is quite different in Tudor. “I think we also have leaders like Dane Alexander Kamp (ex-Trek, National Dual Road Champion) or Sebastian Reichenbach. They really give proof. We have many young guys with great potential that we will try to grow.”

The potential of all runners was appreciated. Schedeker will work with his coach, German Sebastian Deckert (ex-DSM) and chief sports director, Frenchman Sylvain Blankfort, as well as with Boris Zimin, manager of Theodor M23. “I am very democratic. I believe in the power of human intelligence.”

Scheidecker will go to the races. As he recalls, he scouted the stages of the Tour de France in Quick-Step before the riders passed to give as much information as possible. “If you have to go and give cans on the side of the road, no problem,” he says.

These good relations with Portuguese cycling allowed him to register the team for the Tour of the Algarve in mid-February. Team Tudor will not be competing in a Grand Tour this year, but will look to build up in the less important races. However, he must line up in WorldTour events, starting with the Tour de Romandie and Tour de Suisse.