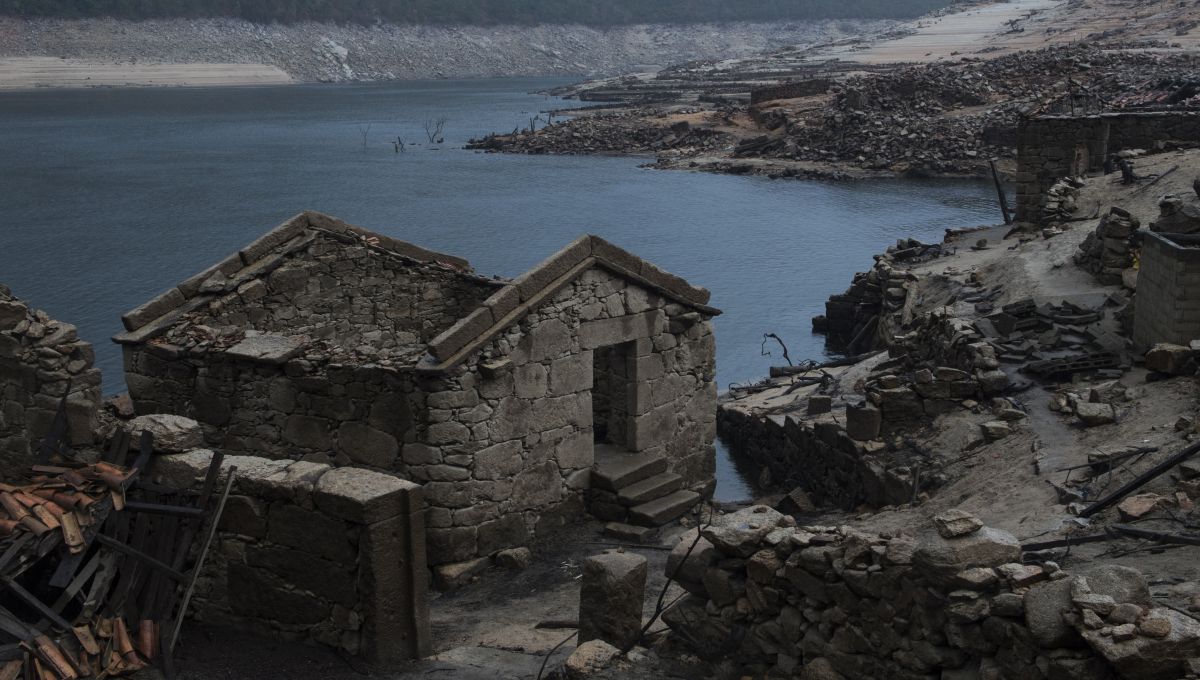 Groups of tourists gather north of the Spanish-Portuguese border, in Galicia, to contemplate the gray and muddy ruins. This is the former Spanish village of Aceredo, which was flooded in 1992, whose inhabitants were expelled during the construction of the Alto Lindoso Dam, in order to create a reservoir intended for the production of electricity.

When the tank was reduced to just 15% of its capacity, the Aceredo resurfaced: the ground sometimes muddy, sometimes cracked by drought, half-destroyed houses, collapsed roofs, old doors, old cars and old things half rusting half buried… It’s a frozen world Wholly presents itself to the inquisitive contemplation.

“It’s like watching a movie. I feel sad Maximino Pérez Romero, a 65-year-old retiree from A Coruña, traveled about 250 kilometers to come and see the unburied village. My feeling is that’s what’s going to happen over the years, because of the drought and all that comes with climate change.

Usually submerged ruins of the ancient village of Aceredo, from the Lindoso Reservoir hydroelectric plant due to low water levels, near Lobios, in the province of Ourense, northwest Spain, November 22, 2021. | Miguel Rioba / Agence France-Presse

In 2017, during a period of severe drought, the village reappeared. For María del Carmen Yáñez, mayor of Lopius City Council, of which Asseredo is a member, the situation is certainly due to the lack of rain that has affected the region in recent months, especially in January, but also to‘Somewhat aggressive exploitation’ Resources are led by the Portuguese Electricity Company EDP (Energias de Portugal), which operates the reservoir.

As the drought worsened, the Portuguese government ordered the company to suspend the use of water for power generation and irrigation at six dams, including the Alto Lindoso.

In Spain, water tank capacity is now on average 44%, when it reached 61% over the past decade. The environment ministry told Reuters that while indicators of drought showed a possible worsening in the coming weeks, a large-scale problem had not yet been detected across the country.

The feasibility and sustainability of these water tanks regularly appear in Spanish public debate. Several villages had complained last year about the practices of electricity companies with regard to extracting resources. For its part, the EDP did not want to respond to Reuters’ requests.