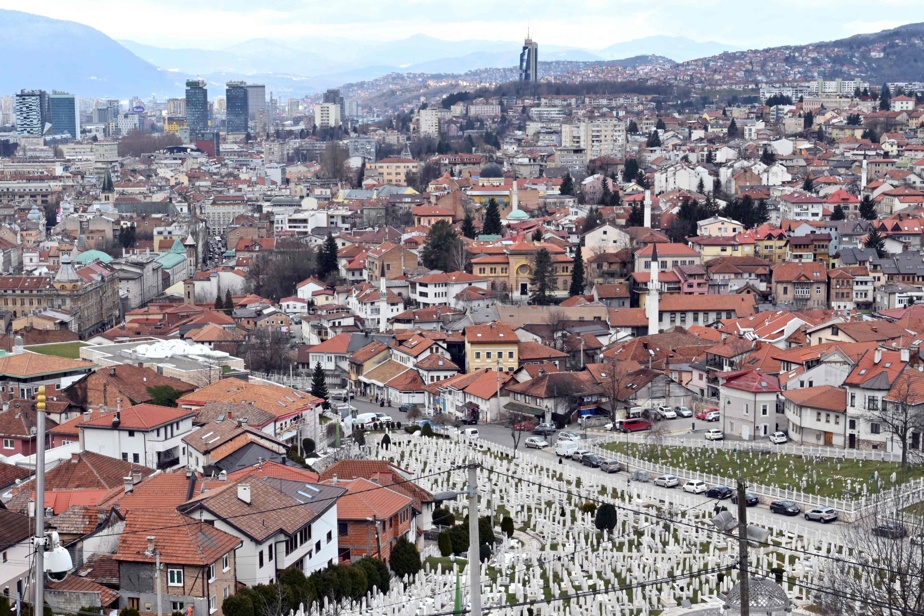 (SARAJEVO) – Sarajevo on Tuesday commemorated the beginning of the siege by Bosnian Serb forces, thirty years ago, which marked lives around the world, with a thought for the victims of the Russian invasion of Ukraine.

At the beginning of the congress devoted to the resistance of the Sarajevo population during the 44 months of the siege (1992-1996), a minute of silence was observed for the victims of the Bosnian war and the “innocent civilians killed in Ukraine”. .

“What was not stopped in the 1990s in Bosnia became more visible all over Europe and the world,” said Sarajevo Mayor Benjamin Karic during a ceremony organized in the National Library, a symbol of the destruction that occurred during the siege, now reconstructed.

More than 11,500 people were killed, including 1,600 children and adolescents, and more than 50,000 people were injured in Sarajevo by Bosnian Serb forces.

They bombed from the heights of Sarajevo, the capital, whose population of 360,000 was besieged.

“What was once thought to belong to the history of human shame returns to the scene with brutality, destruction and fascist ideology in new clothes,” she added.me Karic, who was one year old on April 5, 1992.

The siege of the Bosnian capital had turned the world upside down.

Today, the discovery of several corpses in the Ukrainian city of Bucha, after the withdrawal of Russian troops, has caused a global shockwave.

Speaking of Sarajevo, the mayor of the Bosnian capital also seemed to be looking for words of encouragement for the besieged Ukrainian cities.

“From this city, a symbol of resistance, we say that we should never lose hope and give up the struggle for a better future,” she said.

And adding: “It was almost abandoned by everyone, without weapons, without electricity, without water, without food, without gas, Sarajevo never gave up.”

The sectarian war in Bosnia has left nearly 100,000 people dead.