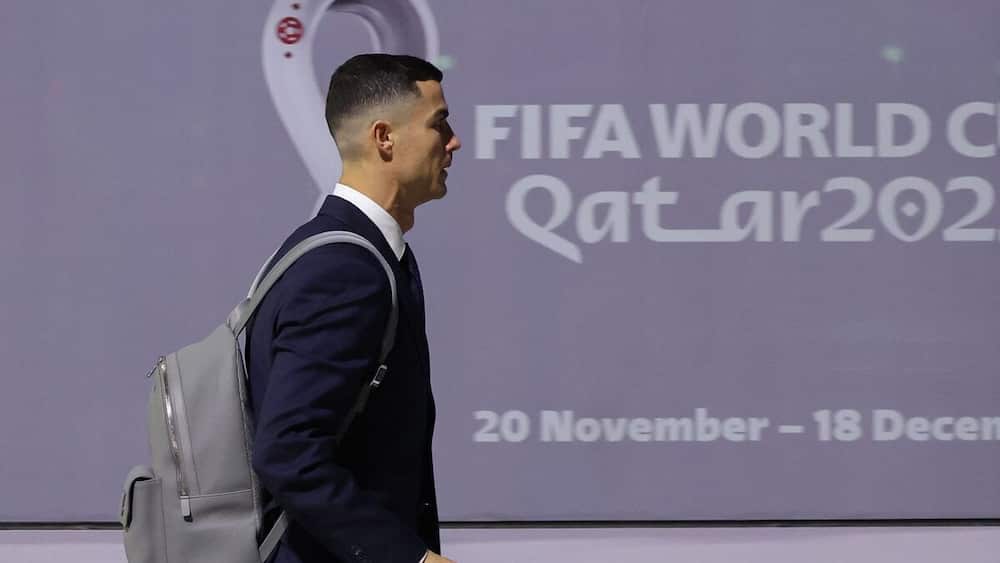 The Portuguese national team, led by its captain Cristiano Ronaldo, who will play the World Cup for the fifth time, arrived on Friday evening to Saturday in Doha, less than 48 hours before the start of the 2022 World Cup.

And the Portuguese delegation’s bus arrived shortly after midnight at the luxury hotel located about thirty kilometers west of Doha, the “Silição” base camp, which was greeted by several hundred supporters waving flags and scarves, according to Agence France-Presse.

“We are a small country, but we will always remember, this is our year,” says Raquel Madeira, 33, a Portuguese living in Qatar.

It’s not just Ronaldo’s World Cup, but the whole World Cup for Portugal, and compatriot Diane da Silva, 34, adds alongside: “They’re a team, they’re professionals, and they’ll stay focused on goal” without being unfazed by the storm. For a few days because of the statements of “CR7” regarding his relations with his club, Manchester United, as she claimed.

Portugal joined Qatar the day after to win a final friendly match against Nigeria (4-0) Thursday in Lisbon.

Cristiano Ronaldo did not play this meeting due to stomach problems, but he fueled the facts throughout the week with an interview broadcast in several parts in which he accused Manchester United of “treason” and harshly attacked his coach, Eric ten Hag.

Neither he nor his teammates showed up to greet the large crowd.

The 37-year-old Portuguese superstar and his lifelong rival, Argentine Lionel Messi, will become the fifth and sixth Qatar players to play in their fifth World Cup finals (after 2006, 2010, 2014 and 2018).

The Portuguese national team, coached by veteran Fernando Santos (68 years), will start its competition against Ghana next Thursday. The Selecao, the favorite in Group H, will face Uruguay (November 28) and South Korea (December 2).