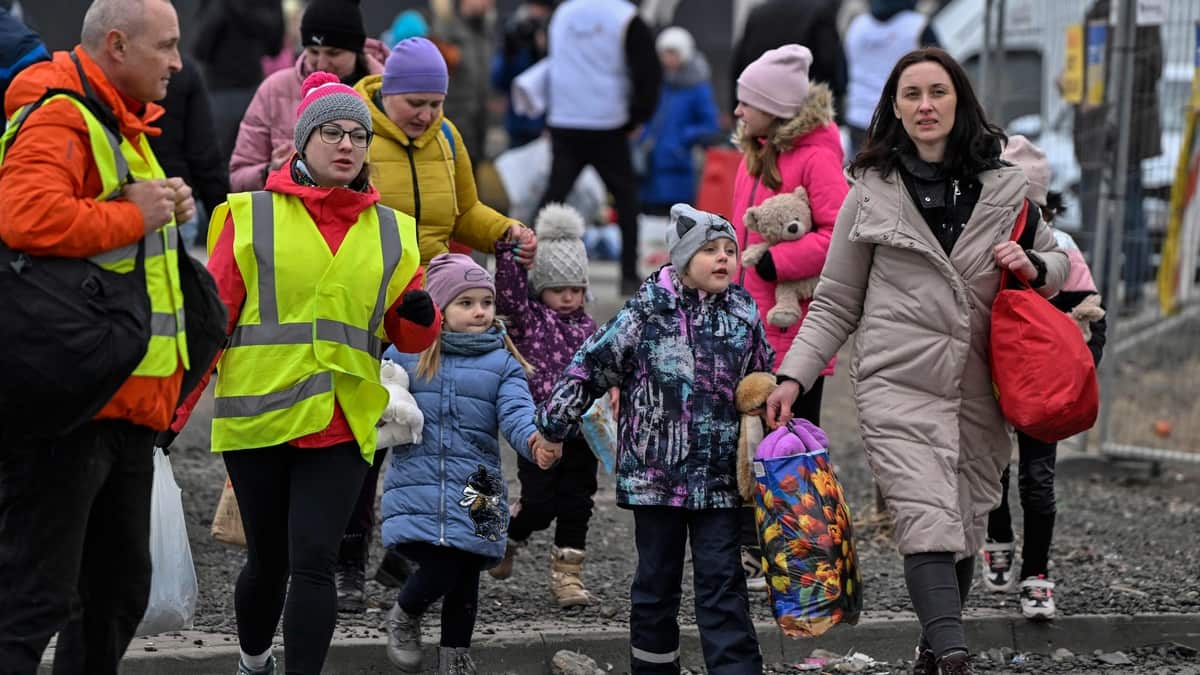 Polish border guards said the number of arrivals from Ukraine to Poland fleeing the Russian invasion exceeded one million as of 7:00 p.m. GMT on Sunday.

The United Nations had announced earlier today that the total number of people who have left Ukraine to seek refuge in neighboring countries has exceeded 1.5 million.

Their arrival in Poland triggered a wave of solidarity.

The authorities facilitated procedures at the borders and organized reception centers while thousands of volunteers provided meals, transportation and accommodation in their homes across the country.

At railway stations in major cities, for example in Warsaw, Krakow and Wroclaw, dozens of volunteers waited for the refugees to arrive when they got off the train to inform them of accommodation options and other forms of assistance.

Many schools have already opened their doors to Ukrainian children, women and children who make up the vast majority of refugees, and the men are likely to be mobilized in Ukraine.