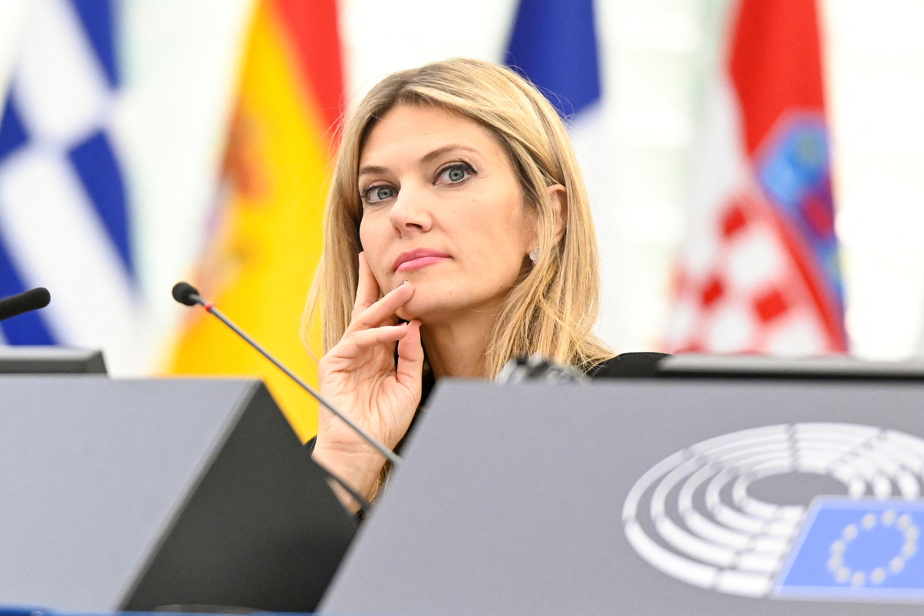 The European Parliament on Tuesday stripped Eva Kayley of her vice-presidential post, the MEP embroiled in an alleged corruption scandal involving Qatar, in a first step ahead of an institution reform deemed necessary.

This punishment for “gross misconduct” was approved almost unanimously by the deputies present in Strasbourg in plenary session, 625 votes in favor out of 628 to 1 and 2 abstentions.

At the center of the scandal rocking European institutions, MI Kylie served as one of the fourteen Vice-Presidents of Parliament.

The Greek elected socialist imprisoned in Belgium on Sunday is suspected of being paid by Doha to defend the interests of the emirate currently hosting the World Cup. Three other people were imprisoned in this investigation, which was led by a Belgian investigating judge.

Eva Cayley’s lawyer confirmed on Tuesday that she had not accepted any “bribe from Qatar”. Her position is that she is innocent. It has nothing to do with bribes from Qatar.”e Michalis Dimitrakopoulos on Greek TV.

But bags of tickets were discovered in his apartment in the Belgian capital. She did not benefit from her parliamentary immunity because the crime was found in flagrante delicto.

The Belgian Federal Prosecutor’s Office announced the seizure of hundreds of thousands of euros, in three different places, from three suspects, during 20 searches already carried out. Police also searched the parliament’s headquarters in Brussels on Monday to seize data from parliamentary collaborators.

The scandal threatens the credibility of the entire European Parliament, an assembly that is often at the forefront of condemning the corrupt practices of certain countries, including within the European Union, such as Viktor Orban’s Hungary recently.

Roberta Metsola expressed her “outrage and sadness” on Monday, announcing an “internal investigation” to examine all the facts as well as an in-depth review of the foundation’s procedures.

And the heads of the various political groups promised in a joint statement that “the European Parliament will launch an internal reform process to ensure enhanced transparency and accountability.”

They talked about “strengthening parliament’s rules regarding access to its headquarters and meetings” and more transparency and oversight regarding “financing organizations and individuals” benefiting from this access.

Many elected officials wanted to see progress on the European Commission’s proposal for an “independent authority” on ethical issues in EU institutions.

President of the Socialists and Democrats (S&D, left) Iratxe Garcia Perez announced that this political group, whichI Kylie, decided to “sue as a civil party” in a future trial.

“Tip of the iceberg”

She wanted to hold Qatar accountable. We offered to ask the Qatari authorities to cooperate in this investigation. And if it turns out that this country has tried to undermine European democracy, then let there be sanctions, she said.

The agenda for the Tuesday session has changed and a discussion on this issue is scheduled for 4:30 PM (10:30 AM EST). Ultimately, the text, which should call for more transparency in European institutions, will be put to a vote on Thursday.

German Social Democratic MP Rene Ripassi, like other elected officials, fears that the Cayley case is “only the tip of the iceberg,” not excluding the concern of other political groups.

The 44-year-old former TV presenter, Eva Kayli, MEP since 2014, went to Qatar in early November where, in the presence of the Qatari Minister of Labor, she welcomed the emirate’s social reforms.

She was already expelled in recent days from the Socialist Party of Greece (Pasok Kinal), of which she was a controversial figure, as well as from the S&D group. Her assets have been frozen by the Greek Anti-Money Laundering Authority. .

Belgian courts will consider on Wednesday whether or not he remains in detention, like the other three detainees.