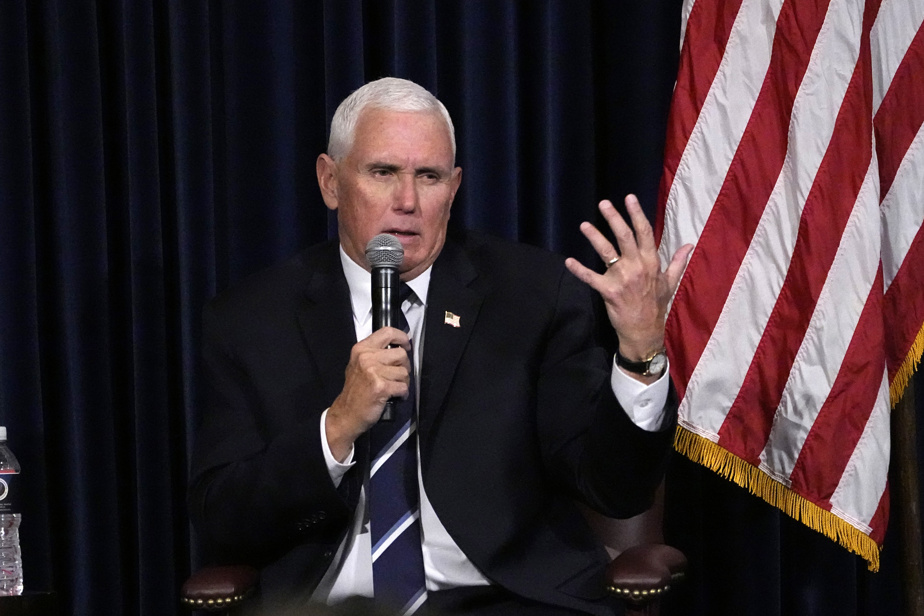 (Washington) Several US media outlets said on Wednesday that the US Department of Justice wants to question Donald Trump’s former vice president, Mike Pence, as part of the investigation into the Republican billionaire’s efforts to change the results of the 2020 presidential election.


For his part, Mr. Pence will consider the request to testify, according to sources he met The New York Times CNN.

Attorney General Merrick Garland last week appointed a special prosecutor to independently investigate the former president, who has announced his candidacy for the 2024 election.

This independent prosecutor is now overseeing two separate investigations conducted by the federal justice system over a period of months. The first focuses on Donald Trump’s efforts to challenge his 2020 presidential defeat, right up to his supporters’ attack on the Capitol on January 6, 2021, when his Democratic rival, Joe Biden, was certified the winner.

The second relates to the former president’s management of secret documents that are supposed to be archived after he leaves the White House.

However, the special prosecutor would only be responsible for issuing a recommendation as to whether or not Donald Trump should be charged, and it would be up to the attorney general to decide.

US Justice’s request for Mike Pence, who has not yet been formally called to appear as a witness, predates the appointment of an independent attorney general, according to The New York Times.

The former Republican president had publicly pressured Mr. Pence not to certify the election results on January 6, 2021.

Mike Pence called the actions “irresponsible,” but he nonetheless refused to be heard during the House investigation into the attack on the Capitol.

And according to The New York Times.

Donald Trump could try to prevent his former vice president from testifying by brandishing executive power to keep his communications secret, as he has tried to do with other officials called to testify in the federal investigation.