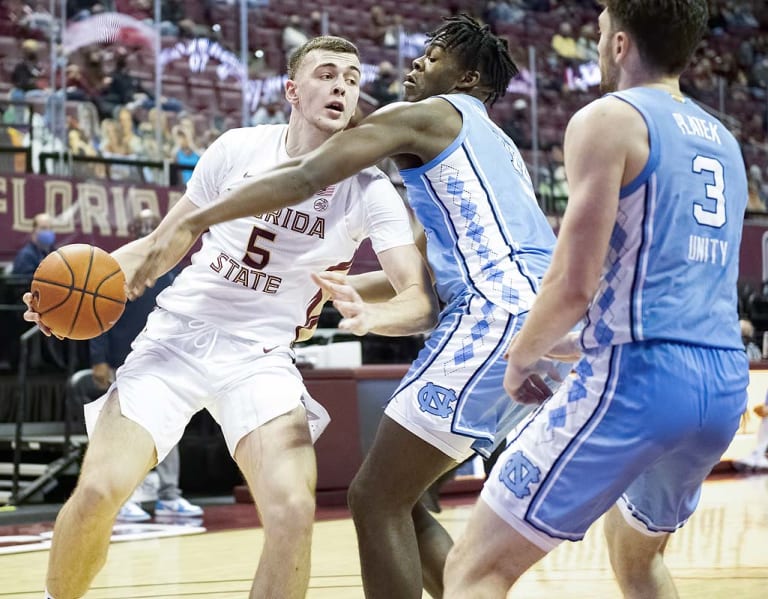 This is how Leonard Hamilton’s program got good: his team in Florida beat North Carolina without the services of his MVP. No one was surprised.

That’s just who the siminols are these days.

Not Scotty Barnes? there is no problem. They will go ahead and throw the heels off again.

That says so much about how far FSU has come in recent years that it could have had something like a 82-75 win over the North Carolina team that was (again) ranked higher than Florida in the pre-season.

This is what Florida does. They lose out on a potential NBA lottery pick for the game, have other rookies slowed by injury and disease (more on that in a moment), and are still able to beat a talented team in an almost empty gym.

It is the Seminole culture that was shown on Saturday. They are not like most teams.

They play a thousand players in the game. They play all kinds of different combos. They make every player on the team feel like an important piece, and they allow everyone on the team to play crucial minutes.

The main reason Hamilton did this is because his team could be the newest team in the final minutes of the match – and perhaps most importantly, in the final weeks of the season.

But one of the major benefits of a philosophy like this is that when someone like Barnes goes down, the seminoles don’t freak out. They don’t have a “what are we going to do now” position. They don’t throw their hands to heaven and ask, “Why did the basketball gods leave us?”

No, they just plugged RayQuan Evans, and it plays like the initiator.

And other people are taking a recession, because that’s the only thing they know.

This is the culture, my friends.

“We’re trying to develop a circulation where if someone gets off, spins their ankle or gets into a serious problem, we can put someone out there and they do it,” Hamilton said. “I was very proud of our youth today. Sardar (Calhoun), Evans, (Tannour) Ngum, (Nate) Jack and Malik (Osborne) and Yate (Wilkes), that’s who we are. We won matches by committee. That’s how we built our program.

“There is no doubt that this was a cultural win for us today. Everyone is cheering for each other, sharing the ball, sharing playing time. Nobody is jealous of the other. That was the strength of our program. And I’m very proud of them.”

I think we’re so used to seeing these kinds of shows from Hamilton’s show that we might take them for granted.

We shouldn’t, of course, but that’s something that’s been going on here for years.

MJ Walker missed the games. Terence Mann missed the matches. Devin Vasil was suspended from last year’s match (important match). Phil Cofer dealt with some serious injuries and then the death of his father during the NCAA Championship, and the Seminoles continued to progress and stage plays.

I still believe, by the way, that if Cover and David Nichols had been able to play two years earlier in Sweet 16 vs Gonzaga, that team would have made it to the Final Four. But the fact that they made it to Sweet 16 without these two highlights speaks to what I’m writing about.

When you develop depth the way FSU does, you’ll never feel a loss, even when one of your best players collapses.

When Hamilton arrived at the Seminoles basketball facility on Saturday morning, he thought there was a chance for him to be a rookie three times – Anthony Bullitt was “under the weather” and MG Walker was suffering from a knee strain.

And when Walker fell in the second half with an ankle injury and had to be helped off the ground, it was understandable to understand that Tar Heels was about to run. After all, how many teams can withstand their best players who have not been on the field for a critical period?

All FSU did was get a steal from Balsa Koprivica (who put on a great performance, by the way, with 10 points and nine rebounds), resulting in a 3-corner kick from Calhoun. This led to an 11-3 run. All with Walker on the seat. And Barnes in streetwear.

“We are preparing for situations like this all the time.”

Discuss the game with fans on Warchant’s Seminole Hoops Message Board.