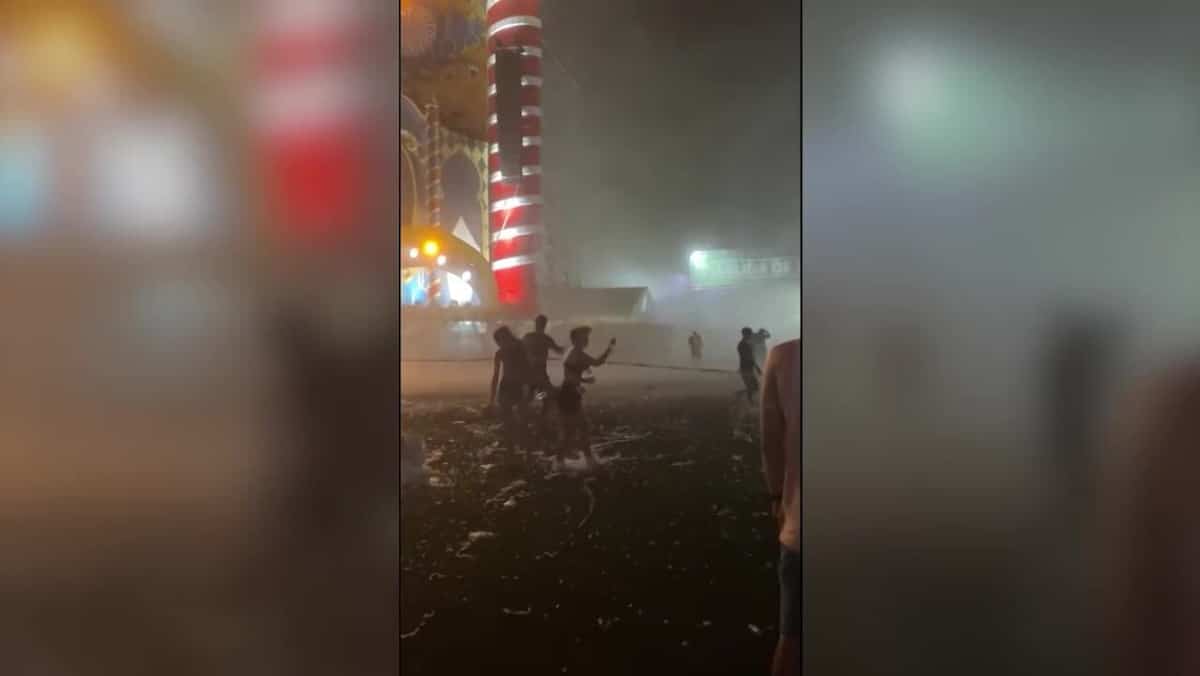 One person was killed and dozens injured Saturday morning when winds hit a music festival near the Spanish resort of Valencia, partially collapsing the platform, medics said.

The accident occurred around 04:00 (02:00 GMT) at the Medusa Circus of Madness festival on Colera Beach, about 50 kilometers south of Valencia.

“At 4:18 a.m., part of the Medusa Festival Theater in Cholera collapsed due to a severe storm,” emergency services said on Twitter.

“One person died and three others were seriously injured,” they added, adding that 14 others sustained minor injuries.

Then the health authorities raised the death toll to 40 injured.

According to media reports, the young man died in his twenties after colliding with the elements of the theater that collapsed.

Last night, the Spanish meteorological service AEMET said the coast of Valencia was hit by several “hot dips,” a climatic phenomenon in which it hits the ground and then spreads in all directions.

The festival, which was expecting about 320,000 people, was evacuated for safety.