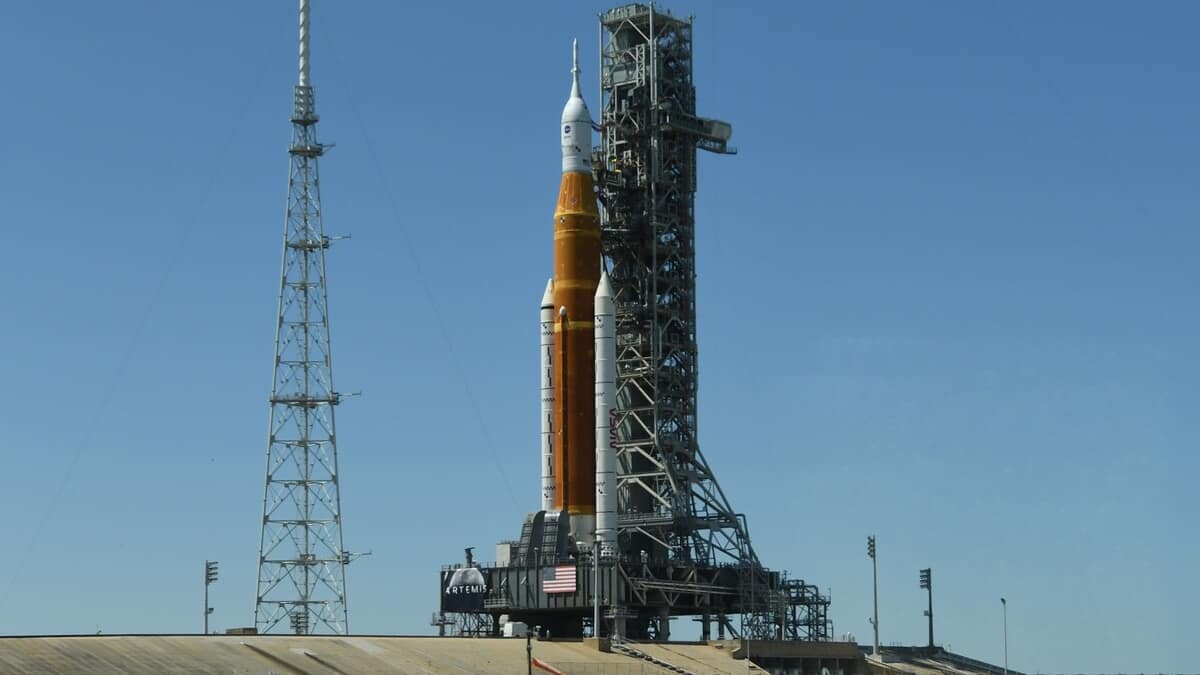 NASA’s new giant rocket to the Moon, the SLS, will be sent back to its assembly building for modifications after a failed first test at the launch pad in Florida, and is almost certain to return liftoffs into the summer of its first mission.

Despite numerous attempts to conduct this test at the Kennedy Space Center, the US space agency teams encountered a series of problems, leading them to decide to return the rocket to a shelter before retrying this final exercise.

The defective valve in particular must be replaced, an operation that cannot be performed on a launch pad.

A leak was also discovered during the last fillings of the main stage with liquid hydrogen, which will have to be resolved.

“For any new launch system, when it first goes through that process, that’s the kind of thing that you learn,” said Systems Development Director Tom Whitmeyer at a press conference Monday at NASA’s Exploration: Exploration.

“The car itself works very well, but the operations are very complex,” he added.

The test consists of repeating all the steps that preceded the launch, from filling the tanks to the final countdown – a stop just before the engines were launched.

Artemis launch manager Charlie Blackwell Thompson said NASA has not yet determined when it intends to conduct a new test, but that repairs to the assembly building will take at least several weeks.

Artemis is the name given to the American Return to the Moon program.

The first mission, Artemis 1, will mark the first flight for the SLS, whose development is years behind schedule. The mission will take place without an astronaut on board: the Orion capsule, located on top of the rocket, will be pushed to the Moon and placed in orbit, before returning to Earth.

The take-off date must be announced after the dress rehearsal.

Tom Whitmaier said on Monday that a launch window was possible in early June, but that it has now proven too difficult to afford.

The next launch windows, specifically defined by the position of the Earth and the Moon, run from June 29 to July 12, and then from July 26 to August 9.

The take-off, initially announced at the end of 2021, has already been postponed several times.