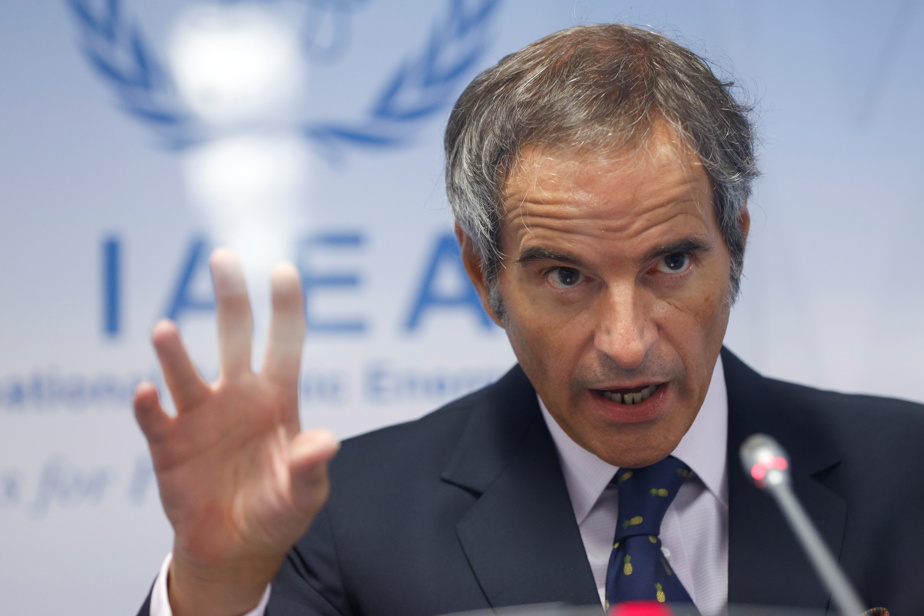 (United Nations) The situation is “turbulent” in the nuclear power plant Zaporizhia (southern) under the control of Russia since the beginning of March concern the Director-General of the International Atomic Energy Agency, which continues its efforts to send a mission there.


“The situation is really volatile,” Rafael Grossi said during a press conference at the United Nations headquarters in New York, where a conference of the 191 signatories to the Treaty on the Non-Proliferation of Nuclear Weapons is being held.

“All safety principles have been violated in one way or another. We cannot allow this to continue.” Opening the meeting on Monday, he had already stressed that the situation was becoming “more and more dangerous by the day.”

Hence his efforts for weeks to send a mission to inspect the factory. And the Ukrainian operator Energoatom explained weeks ago that the mission had so far been rejected by Ukraine, which considers that this would legitimize the Russian occupation of the site in the eyes of the international community.

On Tuesday, Rafael Grossi noted that “going there is very complicated because it requires the consent and cooperation of a number of actors”, notably Ukraine and Russia, and the support of the United Nations, since it is a war zone.

“I’m trying to set up a mission as quickly as possible,” he said.

On Monday, US Secretary of State Anthony Blinken accused Russia of using the plant, the largest in Europe, “as a military base to shoot Ukrainians knowing they can’t retaliate because they would risk hitting a nuclear reactor or highly radioactive waste.”

“It takes the idea of ​​the human shield to a completely different and horrible level,” he added, stressing that the International Atomic Energy Agency has access to the site.

In 2021, the plant supplied 20% of the annual electricity production of Ukraine and 47% of the production of the Ukrainian nuclear fleet.