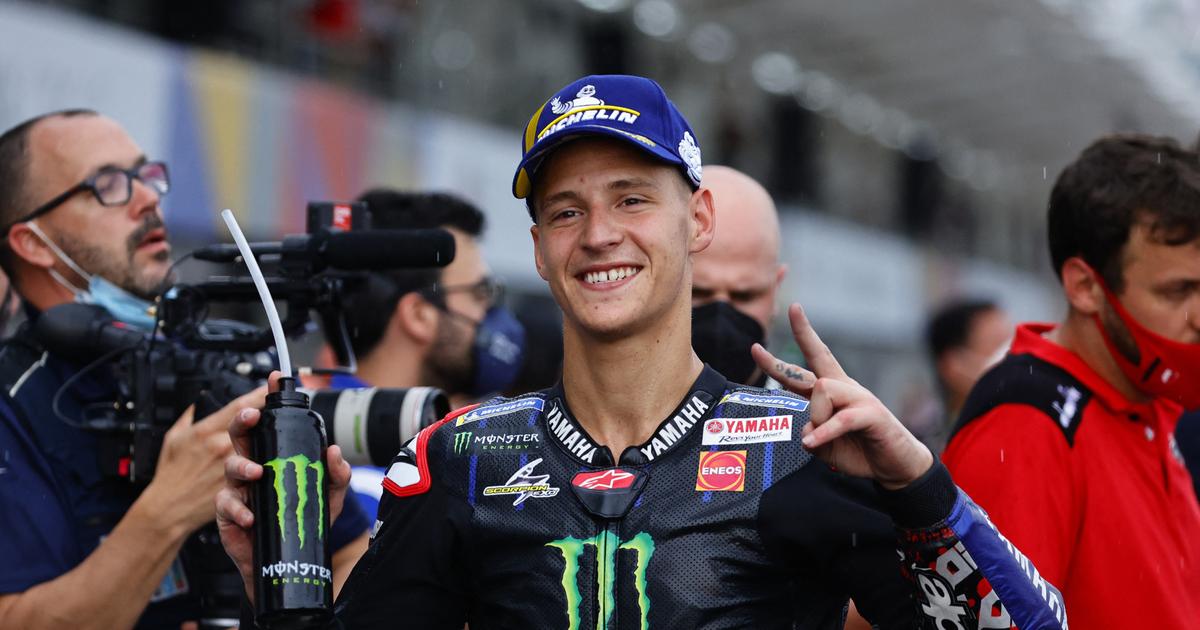 Starting from the first place, the world champion scored a very good result after taking a disappointing ninth place in Qatar at the start of the season.

Portugal’s Miguel Oliveira (KTM) won the MotoGP Grand Prix of Indonesia on Sunday, the second round of the MotoGP season, on the wet track at Mandalika Circuit, ahead of the French, world champion Fabio Quartararo (Yamaha) and Johan Zarco (Ducati- Pramac).

The Grand Prix, which was delayed by an hour and a quarter due to torrential rain on the island of Lombok, was held without Spaniard Marc Marquez, the six-times motorcycle champion, who suffered a concussion after a violent fall in temperatures a few hours earlier.

Coming from seventh on the grid, Oliveira claimed his fourth Serie A win, after two successes in 2020 and one in 2021.

In the championship, Inia Bastianini (Ducati-Gressini) remained in the lead with 30 points after his surprise victory in Qatar two weeks ago and despite finishing 11th on Sunday.

Brad Bender (KTM) is second in this classification by two points, while Quartararo is back in third after a disappointing eighth place finish in Qatar in the opening race.

mandalika straight line chartJust507 meters, more suitable for the French and Yamaha. He suffered a serious lack of speed in Qatar where the longest running distance is twice the distance.

Although he has not won since August 29, 2021 at the British Grand Prix, the defending champion celebrated his second place as a victory. Coming off the top spot, he lost four places before returning to the podium.

Due to heavy rain, the start was given at 4:15 pm local time (9:15 am French time), with a delay of an hour and a quarter. Perhaps thanks to the intervention of the shaman responsible for stopping the rain …

62,923 spectators and President Joko Widodo, a motorcycle enthusiast present at the circuit, had their racing interest, a first in 25 years in this country of more than 270 million people, including a large community of motorcycle racing enthusiasts.

The World Championships had already arrived in Indonesia in 1996 and 1997, near Jakarta, when the first category was 500 cc, but not since the creation of MotoGP in 2002 and the arrival of a displacement of 1,000 cc.

Score back on the ground

This Grand Prix was shortened from 27 to 20 laps of the 4.3 kilometer circuit,”For safety reasons due to high temperatures”, according to Franco Oncini, Safety Director of the FIM Grand Prix.

In the face of the expected wet heat, Michelin Tire has fitted the teams with other tires to better cope with the conditions. But since the first free practice on Friday, many drivers have crashed, complaining in particular about these tires.

For Marquez, the fourth fall was too much, during Sunday’s warm-up period, a few hours before the race. He slipped into Turn Seven, having lost control of the back of his bike, at the end of “Heating“.

The Spaniard woke up by his own means but fell very dizzy after this fall at a speed of 180 km / h and was taken by helicopter to the hospital. Nothing was broken but he stopped the charges anyway.

You have to be veryCareful when you have a blow to the headAlberto Puig, Honda’s sporting director, explained it to the microphones of the televisions.

Marquez, 29, broke his right arm in his first grand prix of 2020, depriving him of the entire season. He had gradually come back but at the end of 2021 there was a new drop in training, in motocross, which deprived him of the last two races of the year, due to the problem of double vision (double vision).

see also – The great goal from a direct corner kick for Fekir with Betis against Sevilla on January 16 (2-1).