Home Economy Partnership between Senegal and Portugal: Cnp and Aicep exchange thanks to Unio Talk – Lequotidien 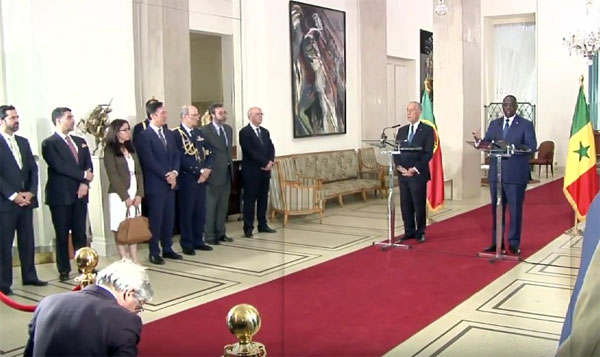 by Muhammed Qawi – Yesterday in Dakar, at the headquarters of the National Council of Employers (Cnp), the digital platform Dakar Unio talk, which aims to strengthen economic relations between Senegal and Portugal, was launched. The platform was created in the presence of the Portuguese Ambassador to Senegal, His Excellency Mr. Victor Sereno, together with the President of the Agency for Investment and Foreign Trade of Portugal (Aicep), Mr. Luis Castro Henriques, and Aristide Tino Adiran, one of the Vice-Presidents of the National Party.
Aicep is to Portugal what Apix is ​​to Senegal, an agency for the promotion of foreign investment. With the difference that the Portuguese also promote their foreign trade.
“The main concern of the PNP is to establish a win-win partnership with the Portuguese private sector,” insisted Mr. Tino Adiran, representing President Badi Agni, who is on the trip. Thus, he will add to the Portuguese delegation, “Cnp, through my voice, therefore notes this new dynamism of the Senegalese-Portuguese partnership that it wants to promote through this mission, which mainly aims to further link the activities of Portuguese companies to their Senegalese counterparts. I congratulate the President of Aicep for this meaningful initiative To generate more economic growth and productive jobs in our countries, as well as favoring Senegal as a destination for Portuguese investment.”
The Portuguese Ambassador in Dakar indicated that their presence at Cnp was based on the conviction that Senegalese and Portuguese companies could work together, creating synergies thanks to Unio Talk. He strongly encouraged Cnp members “who have an international career, to register with Dakar Unio Talk”. He thanked the members of Optic, the digital arm of Cnp, who participated in the development of the Unio Talk website. “We cannot talk about digital transformation in Senegal without coming to Cnp, along with Optic.” For them, this organization is “an essential interlocutor for public authorities and a range of expertise in the field of information and communication technologies.” He also encouraged all digital companies to participate in the upcoming Sipen, in September.
[email protected]