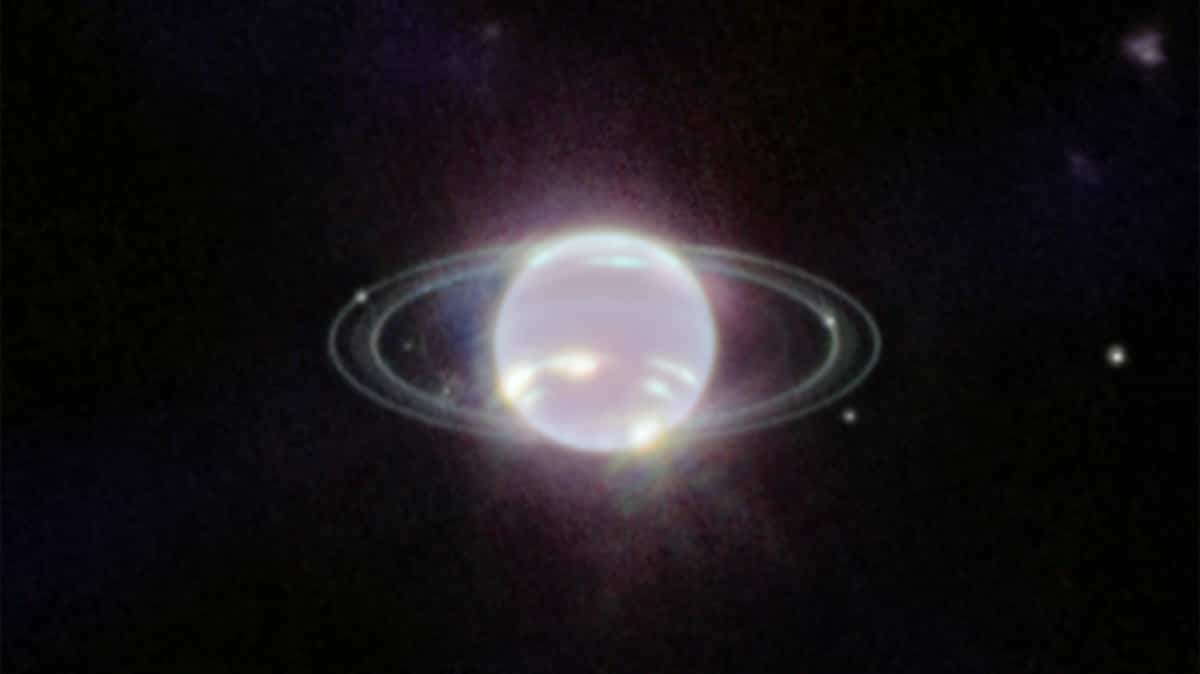 NASA announced Wednesday that the James Webb Space Telescope has provided new images of Neptune and its rings, which provide valuable insights into its atmosphere.

Astronomers have not had such a clear view of the farthest planet in the solar system since the short and unique passage of a probe, Voyager 2, near this icy giant in 1989.

The telescope removes all the glare from the sun’s reflection off Neptune’s surface and the light pollution of its environment, in order to “begin to guess the composition of the atmosphere” of the planet, said this astronomer who worked for more than 20 years on the James Webb project.

Neptune appeared bluish in images taken in the visible wavelength range by the Hubble telescope, due to the presence of methane in its atmosphere.

Using the James Webb NIRCam instrument, operating in the near infrared, the planet takes on a whitish-gray color. In a statement, NASA said the image also showed “strange light” at one of Neptune’s poles.

The telescope also took pictures of seven of the planet’s 14 known moons. In particular, Triton, whose brilliance resembles a small star. Larger than the dwarf planet Pluto, it also appears brighter than Neptune due to sunlight reflecting off its icy surface.

Astronomers looking for planets outside our solar system have found that those like Neptune or Uranus are the most common.

“Being able to observe these objects up close will make it easier to observe other (ice giants) orbiting stars other than our sun,” McCurren said.

In service since last July, James Webb is the most powerful space telescope ever deployed. It will enable a kind of astronomy, McCurren said, “that would have been unimaginable even five years ago.”