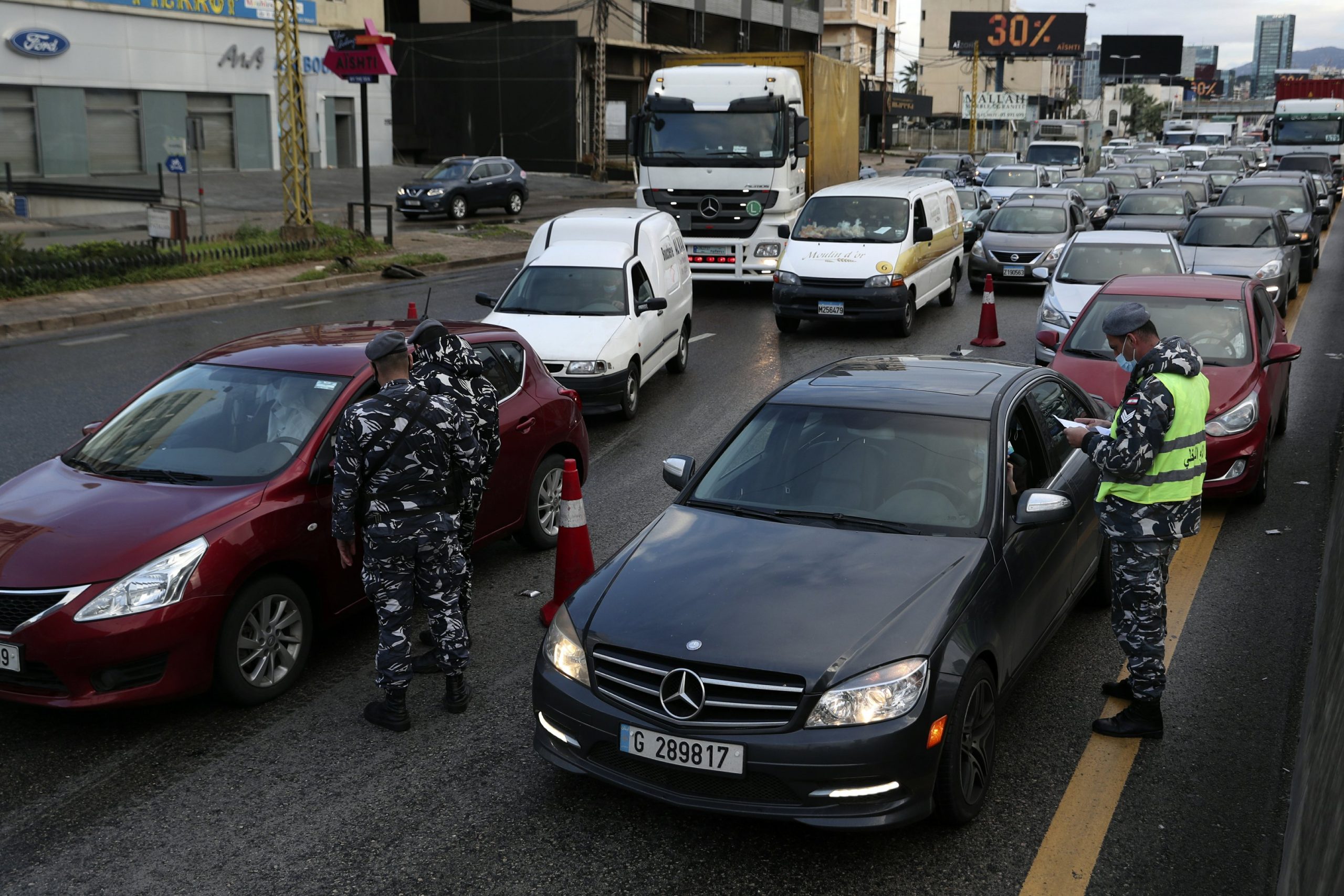 Beirut (AFP) – Lebanese authorities began imposing an 11-day, round-the-clock nationwide lockdown on Thursday, hoping to curb the spread of the coronavirus infection that is spinning out of control after the holiday period.

For the first time, residents were asked to request a one-hour permit to allow them to leave the house for “emergencies,” including going to a bakery, pharmacist, doctor, hospital, or airport.

Authorities have come under pressure to take a tougher approach after the country’s hospitals have run out of beds, with daily infections reaching an all-time high of 5,440 cases last week in the country of nearly 6 million people.

The massive increase in infections began in late December. With most governments around the world tightening lockdowns, Lebanon eased sanitary measures during the holidays, allowing restaurants and nightclubs to reopen without any restrictions. An estimated 80,000 expats flocked to the country to celebrate Christmas and New Years Eve with their loved ones, many of them expats who missed the visit in the summer due to the devastating explosion on August 4 in Beirut port.

The holiday season should have been closing time. “The season of crowd, shopping and parties,” said Hanna Azar, owner of a money transfer and phone shop. They opened it to let dollars in, and now they want to close it, especially in light of this economic crisis. People don’t have money to eat. “

Even before the outbreak of the Coronavirus, Lebanon was going through an unprecedented economic and financial crisis that led to the collapse of its national currency and the banking sector and deprived depositors of savings. Hospitals, long considered some of the best in the Middle East, have struggled to pay staff, keep equipment operational and secure necessary medical supplies, as dollars scarce.

Amid the sudden increase, many hospitals are now reaching their maximum capacity for coronavirus patients. Some have stopped elective surgeries because beds, oxygen tanks, and ventilators have run out.

Moreover, the country has been without a government since the old government resigned in the wake of the disastrous August 4 explosion in the Beirut port, adding to the pressure on, and inundating, hospitals. At least three hospitals were destroyed.

The massive blast caused by the explosion of a poorly stored ammonium nitrate stockpile devastated the city, killing more than 200 people and injuring thousands.

On Thursday, police set up checkpoints across the country, checking permits for motorists on the road and creating traffic jams in some cases. The curfew is the most stringent since the start of the epidemic. For the first time, major supermarkets were required to close and open for delivery only. The decision sparked three days of chaotic, panic buying as anxious citizens empty shelves in supermarkets and grocery stores.

Lebanon just announced a nationwide lockdown last week. But many, including the health minister and officials in a government committee, considered it too lenient because it excluded many sectors. In some areas of the country, business was running as usual, leading to further calls for complete closures and curfews.