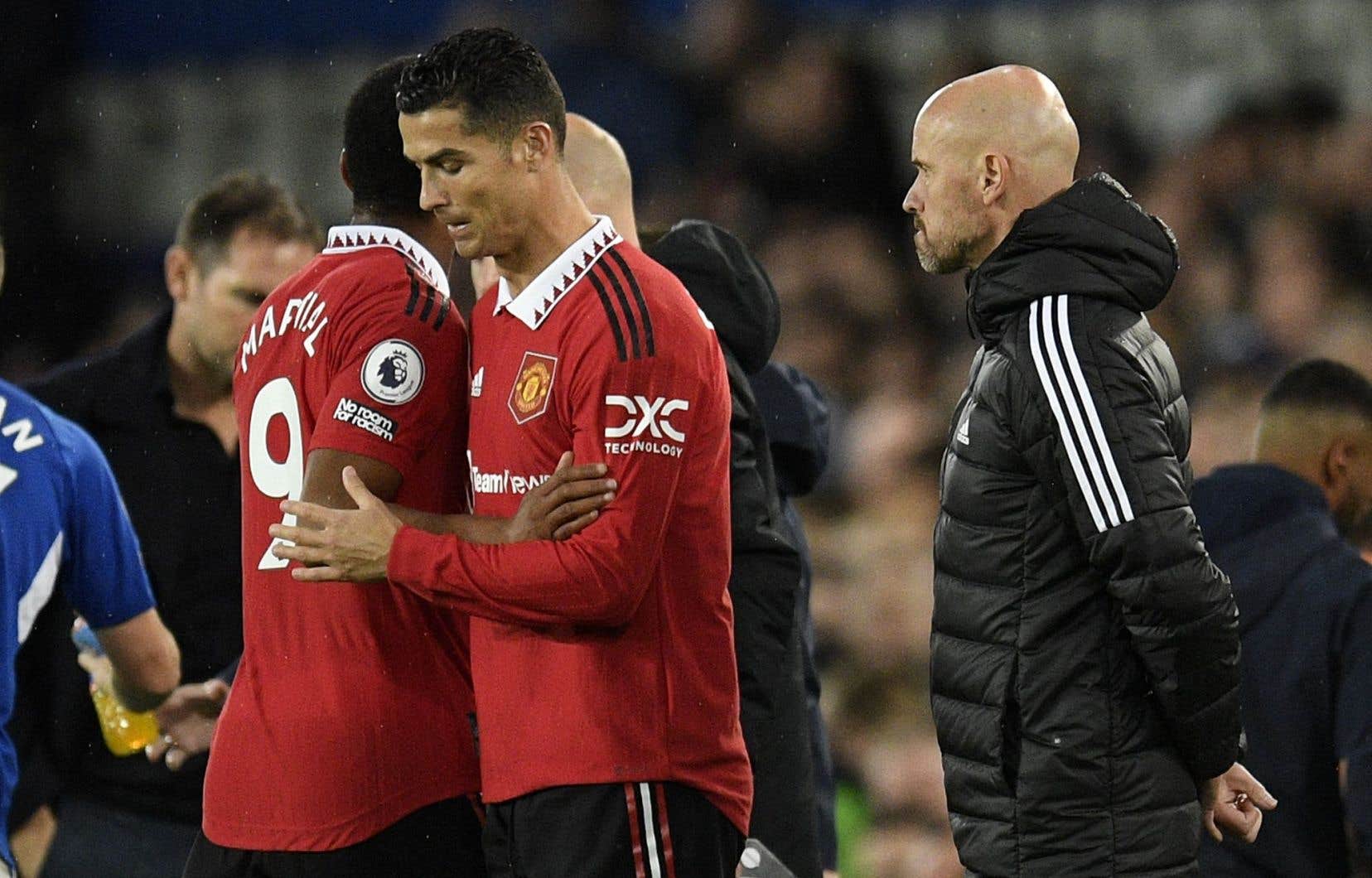 The English club announced, in a press release, on Tuesday, that Portuguese striker Cristiano Ronaldo, who is currently in Qatar to participate in the World Cup, will leave Manchester United “by mutual agreement and with immediate effect.”

And Manchester United added upon the departure of the 37-year-old Portuguese star: “The club thanks him for his enormous contribution during his two periods at Old Trafford, where he scored 145 goals in 346 games, and wishes him and his family a bright future.” , who recently harshly criticized his coach and captains in an interview with TalkTV.

“Everyone at Manchester United remains focused on continuing the team’s progress under Erik ten Hag and working together to achieve success on the pitch,” the club concluded.

In an interview with English broadcaster Piers Morgan on TalkTV, broadcast in several parts in mid-November, the Portuguese star said of his coach Eric ten Hag: “I don’t respect him because he shows no respect for me.”

“Not only the coach, but two or three other players at the club. I feel betrayed,” added the five-time Ballon d’Or winner.

He also attacked the owners of Manchester United, the Glazer family, who “do not care” about the sporting success of their team, and also scratched his former colleagues Wayne Rooney and Gary Neville, who criticized him: “These are not my friends.

After a successful first spell (2003-2009) with three Premier League titles and a Champions League win under Alex Ferguson, Cristiano Ronaldo returned to the Red Devils in the summer of 2021.

But his team’s failure to qualify for the Champions League at the end of the 2021-2022 season, and then the reduction of his playing time in recent months, further complicated his second period in Manchester.

CR7’s recent stinging remarks against his club led to the divorce.

And Manchester United announced last Friday that it had “taken appropriate measures” in response to the attacks of its star.

And the Portuguese star had assured his team that his open conflict with his club “will not disturb” his choice during the 2022 World Cup, which begins Thursday against Ghana.

See also: On the pitch or in the stands, the rainbow of discord