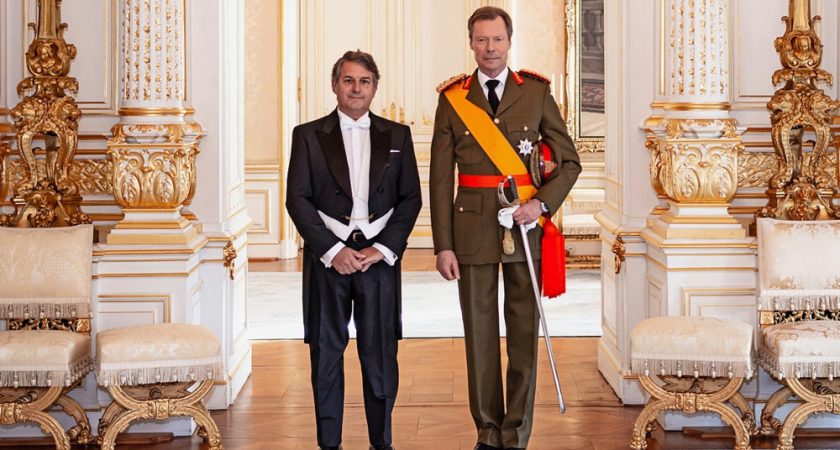 Yesterday, Grand Duke Henri received the new Portuguese ambassador to Luxembourg. With his credentials presented to the Head of State, Mario Pedro de Souza Camera Abreu de Almeida officially took over from Antonio Jamito, who left Luxembourg at the end of November.

The new representative of the Portuguese Republic in the Grand Duchy was born on October 12, 1964 in Lisbon. Graduated in Law from the Faculty of Law of the University of Coimbra.

Our colleagues from pomdiaMario Pedro de Sousa Cameira Abreu de Almeida has had a long career as a diplomat. Thus, he worked in the Portuguese delegation to NATO and UNESCO, was Consul General in Luanda (Angola) and Head of Mission in the Portuguese Representative Office to the Palestinian Authority in Ramallah.

Antonio Gameto, his predecessor in Luxembourg, has been in office since November 2018.

Yesterday, the Grand Duke also received four other new ambassadors, who took office. They are Kosovo’s ambassador, Agron Bajrami; Ambassador of the Republic of Maldives Omar Abdul Razzaq. From the Democratic Republic of the Congo, Christiane Ndungala Nkoko and Ambassador of Slovenia Barbara Sosnik.