Home Top News A Prayer for the Portuguese Fishermen of the Algarve: Decrescendo Music 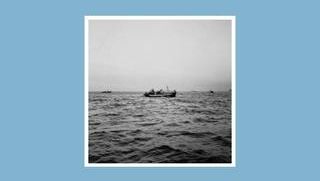 The book was devised, photographed and published by The Book Publishing House and The Artistic Gathering Leiva Leiva, a series of Portuguese fishermen It is accompanied by a vinyl in which the traditional songs of the Algarve fishermen intertwine with modern music inspired by these liturgies.

Until the 1960s, the Algarve was known for its fishing and tradition: the fishermen would narrate their work on the boat with songs. These musical traces were captured by Michele Giacometti, a Corsican who had the good idea of ​​capturing traditional Portuguese music from 1959 and 1962 in the Algarve region.

Michele Giacometti, for the elopement group, formed the basis of their work, that is, to return to these places and seek to capture the evolution of the life of fishermen and in the broader sense of the whole region as the Algarve transformed from a region. An economy focused on fishing to one focused on tourism.

From field recordings to contemporary creativity

The book chronicles these changes through testimonials, vinyl incorporating period recordings, and contemporary sonic creations inspired by this traditional music.

For example, one of the compositions is by Joao Pais Filipe, a percussionist and drummer from Porto who uses parts of recordings of fishermen’s songs made by another ethnomusicologist: Jose Alberto Sardinha.

run away Bringing together different writings, we read the pen of the researcher Anne Cofris who knew Michele Giacometti (Corsican ethnomusicologist) and recounts her meeting with him but above all her political commitment. With an interest in popular culture, in the 1970s and 1980s Giacometti became a symbol of the resistance against the dictatorship led by Salazar in Portugal.

Testimonials of the children of fishermen

The book also carries the voice of two fisherman boys who testify to the difficulty of life at the time, both for the men who went to sea and for the women working in fish canneries. They also tell the memory of these fishermen’s songs on the boat:

They sang to synchronize with the lifting of the nets. Usually, on the boat, there was a man who was the lead singer, and the rest of the boat answered in a chorus. When they saw that there were a lot of fish in the nets, they went off in a state of ecstasy and sped up the speed of the song.

Most recordings of the period that make up the vinyl are titled raise, raise, what does it mean raise, raise, Words spoken on the boat. But the two hunter children are talking instead Arribalé, Arribalé Such as the words used in imitation to permeate the work of fishermen… a mystery raised in this book.

Leiva Leiva, a series of Portuguese fishermenis the latest book edited and designed by the Flee collective, which has also published other works always associated with traditional music.