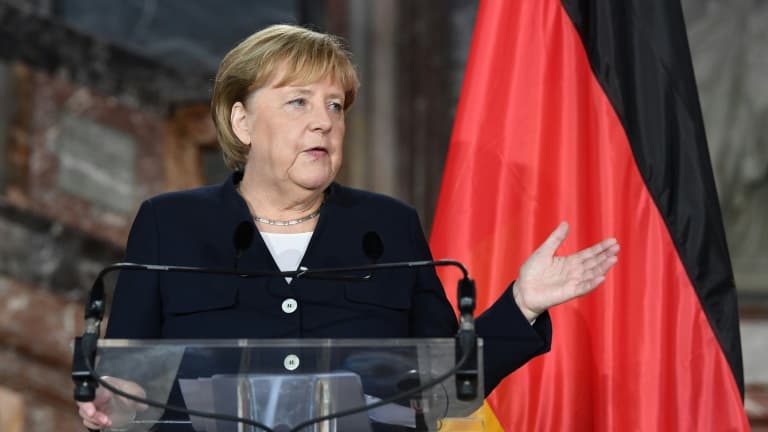 “Even during the Cold War, Russia was a reliable supplier of energy,” the former German chancellor said at a press conference in Lisbon.

Former German Chancellor Angela Merkel said Thursday that she has no regrets about the energy policy she pursued during her 16 years in power, which has positioned Russia in particular as one of the most important suppliers of gas.

“From the perspective of that time, it was very logical and understandable to get grid gas, including from Russia, which was cheaper than LNG (liquefied natural gas) from other parts of the world,” she said at a press conference in Lisbon. .

“Even during the Cold War, Russia was a reliable supplier of energy,” added Angela Merkel, who traveled to the Portuguese capital as chair of the jury for an award dedicated to climate change mitigation and adaptation efforts.

“I don’t regret at all about the decisions made,” she said, noting that she “did not change my mind” regarding giving up nuclear power.

Since the Russian invasion of Ukraine in February, the center-right former prime minister has been accused of increasing Europe’s dependence on Russian energy, including by promoting the construction of the Nord Stream 2 gas pipeline despite the reservations of his European and American partners.

His successor, Olaf Schulz, for his part claimed that Germany “for too long and unilaterally relied on energy supplies from Russia”.

However, Angela Merkel acknowledged that the war in Ukraine had changed the situation. “This brutal attack from Russia has made a difference, it’s a Caesarean section. And of course the new government has to deal with that, and it’s doing it,” she said.