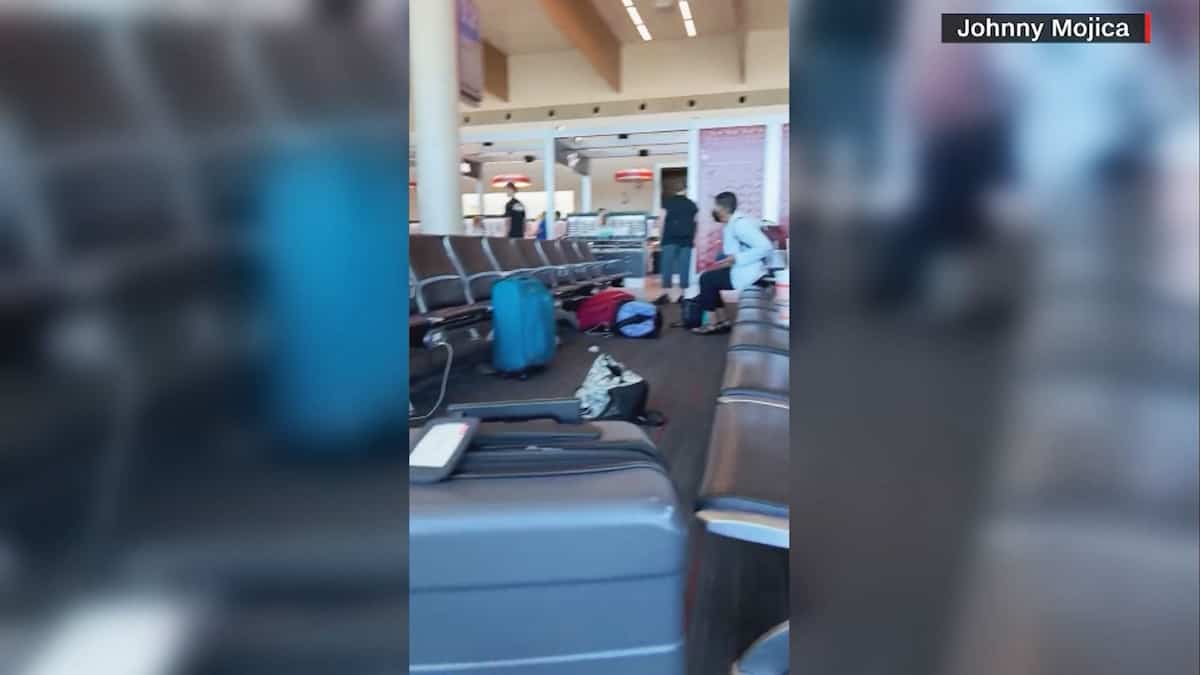 On Monday, a woman opened fire at an airport in Texas, and was immediately arrested by police, an event that did not result in injuries but caused panic among passengers.

Just before 11:00 a.m. (4:00 p.m. GMT), a 37-year-old woman presented herself near the counters at Dallas Love Field Airport and then went to the bathrooms, Dallas Police Chief Eddie Garcia said during an interview. instructions.

He added that she went out with her head covered “with a hood” and pulled out a pistol and began firing several shots “previously at the ceiling” with an as-yet-unidentified motive.

An officer neutralized her by shooting her in the legs. She was arrested and taken to hospital. The police chief said other victims could not be shrugged off.

The shooting caused chaos at the airport, which is very crowded in the summer. Local media reported that passengers ran, screamed or took cover. Flights are temporarily suspended until calm returns.

The United States is still reeling from a series of particularly bloody shootings, notably at a supermarket frequented by African Americans (10 dead, May 14), a Texas school (21 dead, May 24) or the National Day parade (7) dead, July 4th).