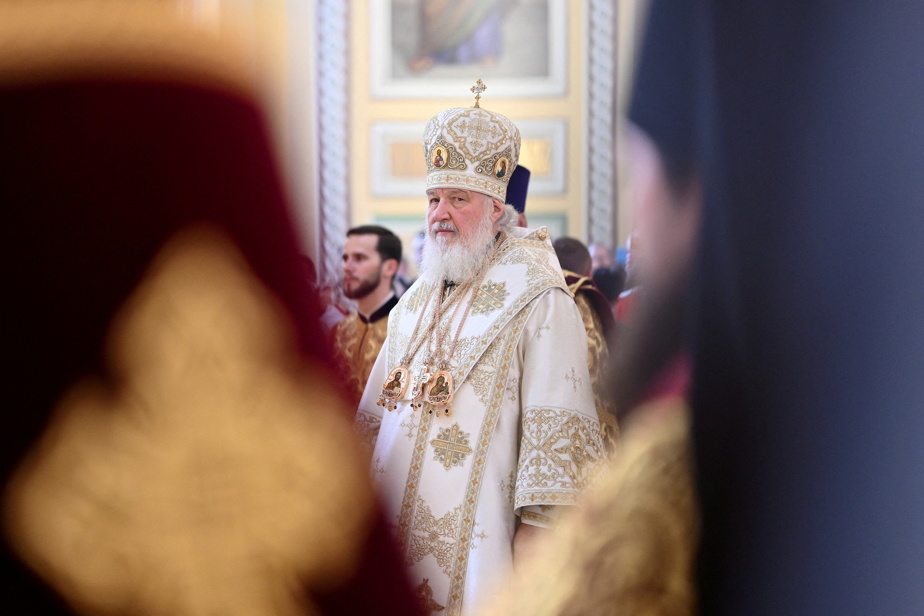 (London) The United Kingdom on Thursday sanctioned Patriarch Kirill, the head of the Russian Orthodox Church, as part of a new round of measures in response to the invasion of Ukraine, an act of revenge that the Russian Church called “ridiculous.”


In a press release, the Foreign Ministry said the 75-year-old religious leader, who was recently abandoned by the European Union from being blacklisted, is being “punished for his support of Putin’s war.”

“Attempts to intimidate the Patriarch of the Russian Church or force him to renounce his views are absurd, depraved and desperate,” said in a press release, Vladimir Leguida, a spokesman for the Russian Orthodox Church.

The measures announced by London, which provide for a ban on entry into British territory and a freeze of assets in the UK, also target Maria Lvova Belova, the mediator for children’s rights in the Kremlin, for “the adoption and forced transfer of Ukrainian children”.

Transport leaders and soldiers accused of “killing, raping and torturing civilians” were also targeted in Bucha, near Kyiv.

“We are targeting Putin’s war partners and perpetrators who are causing untold suffering in Ukraine, including forcibly transferring and adopting children,” Secretary of State Liz Truss said in a statement.

Patriarch Kirill, leader of the Russian Orthodox Church since 2009, has put his church at the service of Russian President Vladimir Putin, calling it a “miracle”, and sharing his ambition to be a conservative who dominates Russia and supports the offensive in Ukraine.

The European Commission had proposed punishing this law, but the European Union surrendered because of Hungary’s opposition.