Home Economy The Portuguese responded on Twitter, after he mocked them on the “Daily Show” program. 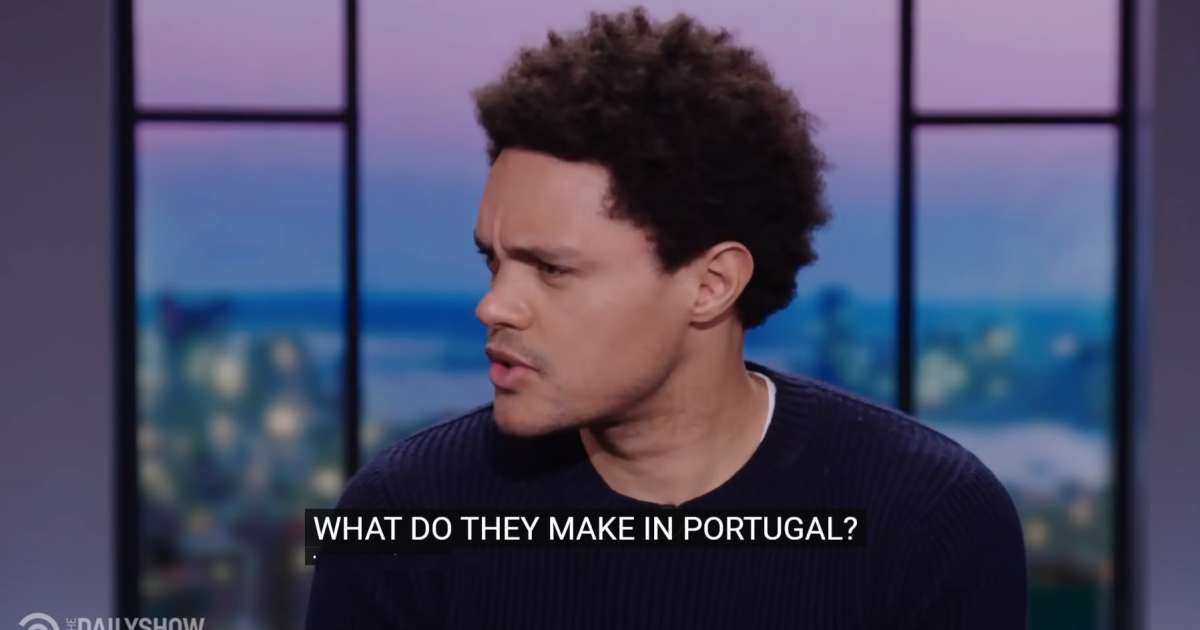 The sequence is fun on both sides of the Atlantic. On his popular American satirical show “The Daily Show,” host Trevor Noah recently joked about a Portuguese law that was passed at the beginning of November to prevent bosses from calling their employees outside working hours. The decision was widely commented on by the international media.

The South African comedian mocked the illogical decline in production that such a decision could cause: “And if Portugal works less, it means that it will produce less and that means that the rest of the world will not get as much… – What does Portugal produce? – … Water dogs?”, A reference to Bo, the Portuguese water dog that Barack Obama welcomed into the White House in April 2009 (and who died this year).

The Portuguese responded, often more amused than offended, on Twitter, Reports Publico. Among the reactions, the daily newspaper cites first this:

Portugal actually produces little more than water dogs (and even at that we are excellent). Olive oil, cork, some of the best wine in the world, great food, shoes, clothes, and even cutting boards from Jamie Oliver.”

Another notes that Portugal is, in fact, the world’s leading producer of cork (50% of production), a material used in particular, he points out, as thermal insulation on the NASA space shuttle. And to add: “Today, we’re producing tax havens for expats (a nice way to say gourmet immigrants)”, In reference to golden visas.

What would the world be without “pastéis de nata”?

In reaction to the excerpt from the “Daily Show” posted on Twitter, Portuguese netizens continue to wonder what the world would be like without Port wines, great footballers, their bikes (of which Portugal has already become the first in a European product), but also “pastéis de nata” – Popular pastries recommended to Trevor Noah and Americans “to smooth their days” – or even “caralhos de Caldas”, these rod ceramics whose images have been quoted in abundance in the comments.

We produce immigrants because our salaries are low.”

More seriously, referring to the new Portuguese law on the “right to disconnect”, the user concludes: