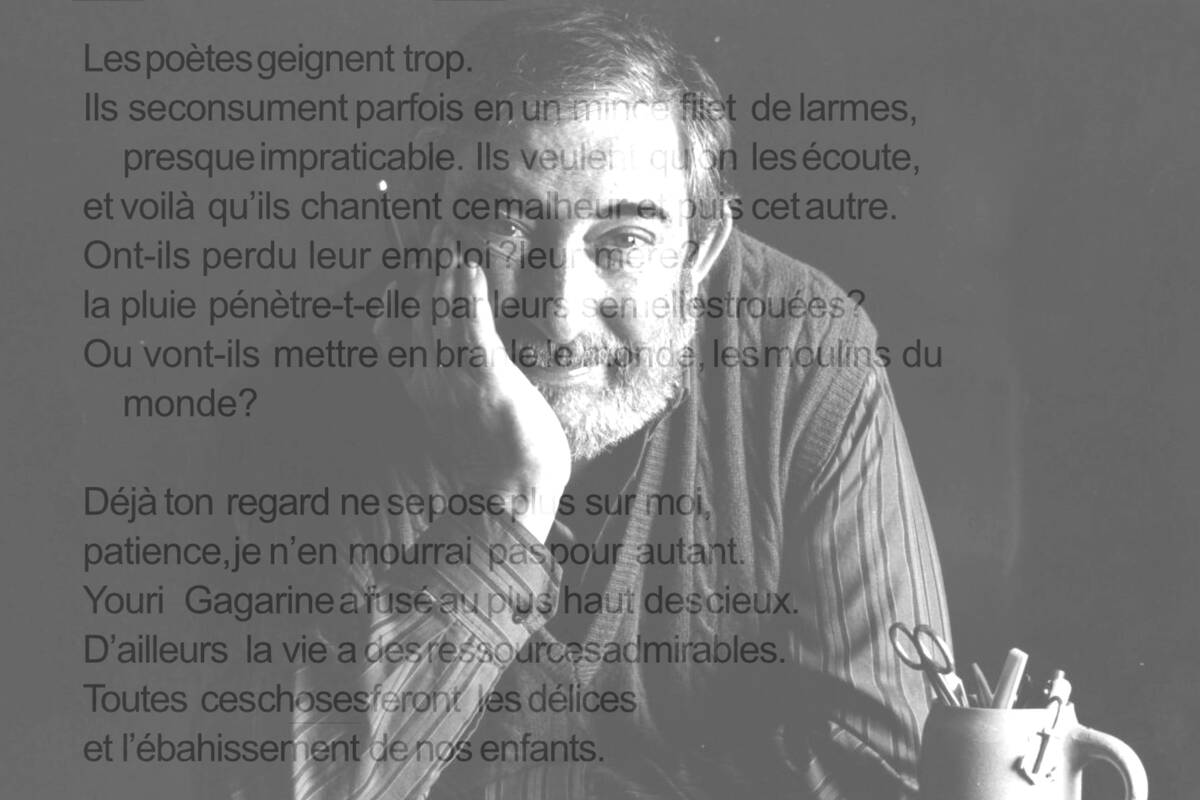 Every week, look at the poetic news. This Monday, the “irregular muse” of a Portuguese poet is delighted with the memory of the colonial war in Angola.

He wore Hawaiian shirts, gave an arm of honor (a picture immortalizes his gesture, right from his bike), and wrote an epitaph on a certain Marushka’s buttocks, “The ass is like a bison.” Portuguese poet Fernando Assis Pacheco (1937-1995) may have died – in front of an ancient bookstore – on November 30 like Fernando Pessoa, but he is a little out of place in the gathering of those he visited with inspiration. The bilingual anthologies that Chandini dedicated to him highlight his enthusiasm and taste for life, but also another side of his personality and work: a deep sensitivity, repetition of grief, and the consequences of Angola’s colonial war-“War passes, they say: This is mine, / It passed through my bones and does not go out.

In the introduction, translator Max Carvalho stresses its uniqueness in Portuguese poetry: If there is an elegiac storm, among other eddies, that carries him through the different currents and schools of his time, from neorealism to experimental poetry (PoEx) passing through surrealism and some influences from the heterogeneous group of Poetry 61, Pacheco cannot be reduced to Anything.” It also recalls the influence of the satirical songs of the Galicians and Portuguese in the Middle Ages. A good school for a self-centered mind.

I had big ships

Lovers forget. Spring is back.

The ground is shaking. Birds sing in flocks