Home World Donald Trump says: ‘Everyone wants me to run in 2024’ 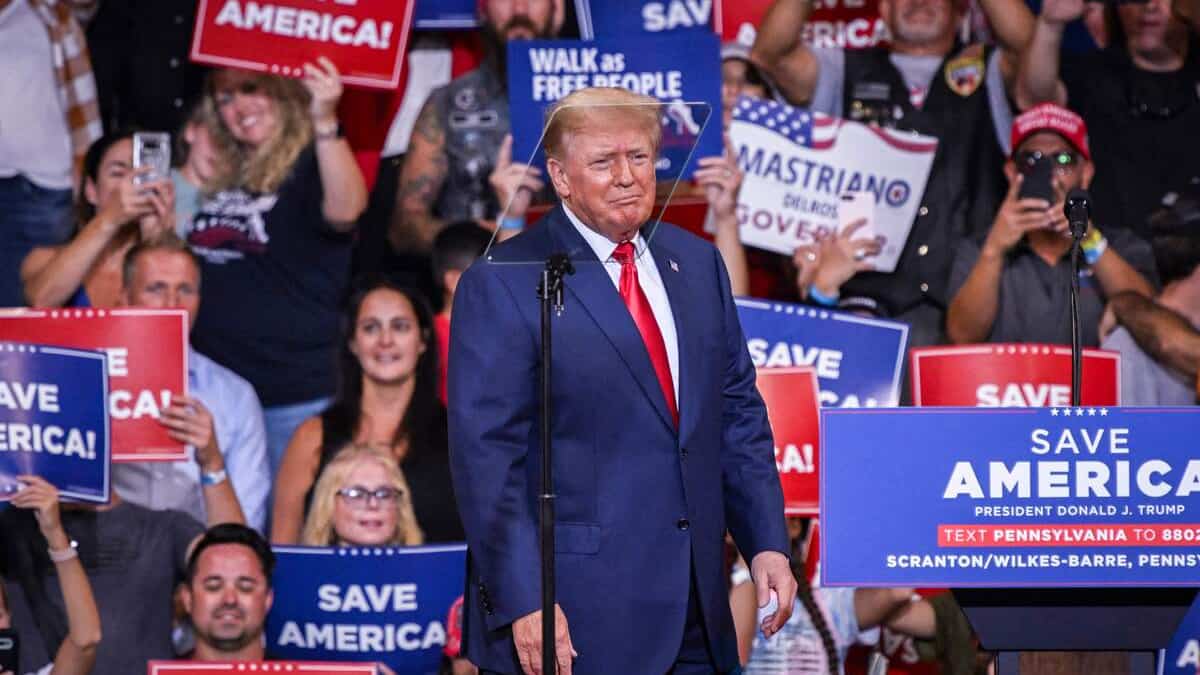 Former US President Donald Trump hinted again that he might run for the White House in 2024, stressing that it would “make a lot of people happy”, in an interview with an Indian television channel scheduled to air on Thursday.

“Everyone wants me to come. I’m ahead in the polls,” Trump said, according to an excerpt from an NDTV India interview scheduled to be broadcast in full later on Thursday.

“I will be making a decision in the very near future, I think. And I think a lot of people will be very happy about it.”

The 76-year-old billionaire, former reality TV star, again during this interview expressed his disapproval of the results of the 2020 election, which he lost to current Democratic President Joe Biden, arguing that it was rigged.

The FBI conducted a startling search last month into Mr Trump’s Mar-a-Lago, Florida residence, where it was suspected of illegally keeping classified documents from his tenure in the White House (2017-2021).

And Donald Trump denounced, Saturday, during his campaign meeting in Pennsylvania, this “shameful raid”, which he described as a “mockery of justice.”

He is also the target of investigations into his efforts to nullify the results of the 2020 presidential election and his role in the violent assault by his supporters on the Capitol on January 6, 2021.

Mr. Trump is not currently on trial in any way.