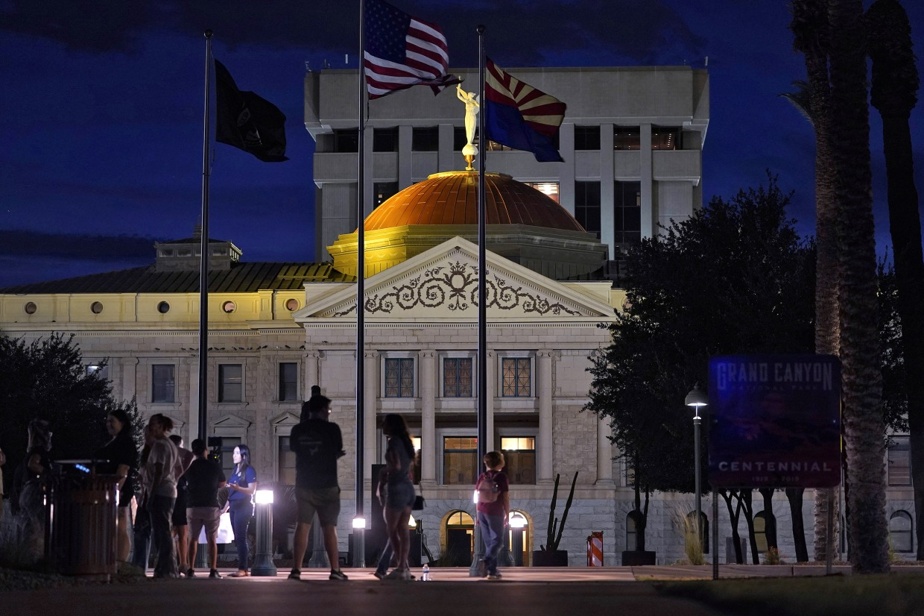 (Phoenix) The Arizona Court of Appeals on Friday overturned a lower court ruling that allowed the immediate reinstatement of an old state law that criminalized nearly all pregnancy terminations.

With this decision, the Court of Appeals again allows abortion in Arizona under certain conditions. In fact, for now, that’s until the state Supreme Court rules.

The three-judge panel sided with Planned Parenthood, which argued that the trial judge should not have lifted the decades-old injunction preventing the application of this law.

In a decision written by Judge Peter J. The Supreme Court of the United States in the case of Roe v. Wade from 1973.

Among these later laws, the most recent one came into force last month and bans abortion after 15 weeks of pregnancy.

Last June, the US Supreme Court overturned the famous ruling that had granted women a constitutional right to an abortion for nearly 50 years. Then Arizona Attorney General, Republican Mark Brnovich, took the opportunity to ask the court to suspend the injunction preventing enforcement of the old law prohibiting abortion. Judge Kelly Johnson agreed to intervene on her behalf on September 23 and filed the injunction two weeks earlier.

Specialty clinics stopped performing abortions in Arizona after the US Supreme Court ruling, but many resumed operations over the summer. They were reassured by a federal judge’s decision to suspend a law allowing criminal charges against medical workers. However, after Judge Johnson’s decision, the clinics closed again.

In the case of the Court of Appeals, the judges found that the judge erred in limiting her analysis only to the prosecutor’s request to set aside the injunction due to the invalidation of the Roe v. valley. In their opinion, it should have taken into account all other laws governing abortion since 1973.

The Court of Appeals will hold a new hearing next week to determine whether to set an expedited timeline to hear Planned Parenthood’s full appeal in the case.