Home science Why are women affected more than men? 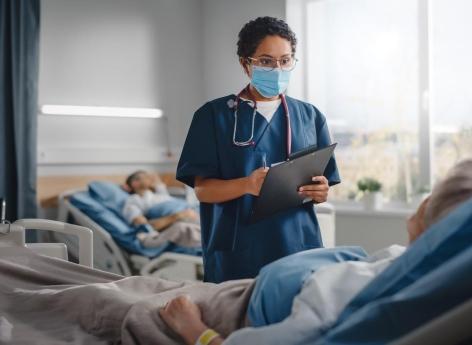 “Alzheimer’s disease has a higher rate in older women, with peak cognitive decline after visceral obesity and bone loss during menopause.” This was pointed out by a team of Chinese and American scientists. The latter wondered why this neurodegenerative condition worried more women. To find out for sure, they conducted a study, including The results were recently published in the journal nature. For the purposes of the work, the authors conducted an experiment on mice that had undergone oophorectomy.

In order to conduct their study, they decided to focus on female hormones that changed drastically during menopause. They note what activates the C/EBPβ/AEP signaling pathway, which is the central factor in neurodegenerative diseases. Researchers have identified follicle-stimulating hormone (FSH) as the primary factor in dementia.

“Here we show that FSH acts directly on hippocampal and cortical neurons to accelerate beta and tau amyloid deposition and impair cognition in mice with signs of Alzheimer’s disease,” Can we read in the searches.

“These data not only suggest a causal role for increased FSH levels in the onset of Alzheimer’s disease during menopause, but also reveal the possibility of treating Alzheimer’s disease, obesity and osteoporosis by blocking FSH,” The researchers concluded.