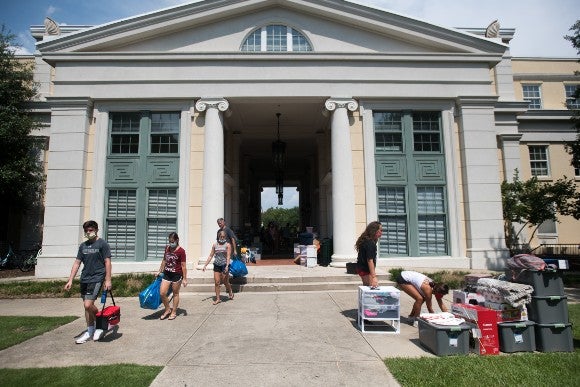 South Carolina saw its highest level in one day of new coronavirus cases on Sunday, with more than 4,000 cases reported.

The state reported 4,370 new cases on December 25, with delays due to the state’s policy of underreporting major holidays, according to state officials. On Christmas Eve, the state’s Department of Health and Environment Monitoring reported 2,550 new cases and 14 deaths.

The department also reported a positive test rate of 23.5 percent on Sunday.

Today’s update below includes detailed summaries of the cases and deaths as of December 24th and December 25th. However, the cumulative totals and percentage are positive below, and the data on the website reflects the most recent data reported as of December 25.

Palmetto state saw a rise in the number of coronavirus cases in December and the total number of infections reached 288,892 cases since the start of the epidemic. The state reported a total of 5,124 deaths.

“Peggy and I urge everyone to be extra careful during the Christmas holiday season,” the governor said in a statement on Tuesday. “This virus spreads very easily.”

McMaster isolated himself after the first lady tested positive and had no close contacts in the 48-hour period before his positive test, according to his office.