Home World Photos show Wuhan, which was once the epicenter of the epidemic, crowded with New Year’s celebrations. 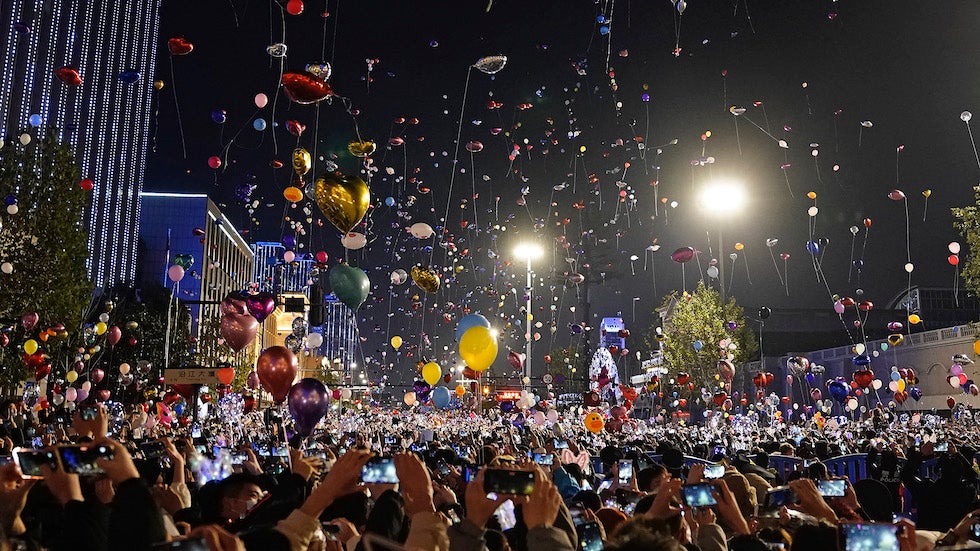 The Chinese city of Wuhan, which was once the epicenter of the Coronavirus outbreak, saw crowds on New Year’s Day late Thursday, a scene that was in stark contrast to other parts of the world holding smaller celebrations due to the virus.

Thousands were seen crowding in the city, where the outbreak of COVID-19 was only reported a year ago. According to reportsPeople have been seen heading to clubs Celebrating the launch of balloons.

As of Sunday, Wuhan had reported a total of 50,354 confirmed cases of COVID-19, according to Wuhan Municipal Health Committee.

While the city has largely recovered from the Coronavirus pandemic, A recent study published this week The numbers of cases found are likely higher than what was initially reported.

As many as half a million residents of the Chinese city may have contracted the virus, about 10 times more than the number initially recorded of confirmed cases.

State officials have urged Americans to avoid large gatherings on New Year’s Eve as the virus continues to spread. The annual New York City celebration took place in Times Square but in a fresh form, including virtual appearances and small crowds.

Pictures in New York stand in stark contrast to Wuhan, but the celebration was still filled with celebrities and music performances.

The photos showed a quieter Times Square, with those around them wearing masks and socializing.