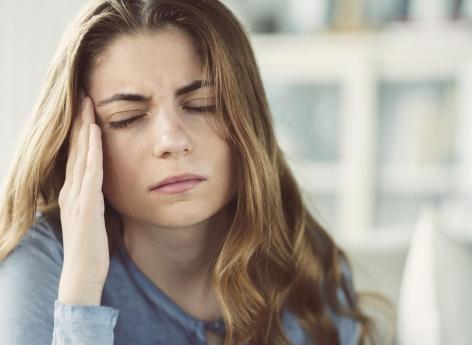 Headache is one of the most prevalent and disabling diseases in the world, according to a study by the Norwegian University of Science and Technology and published in Headache and Pain Journal. The researchers looked at 357 publications dating from 1961 through the end of 2020 to estimate the global prevalence of headaches: 52% of the world’s population is believed to have experienced headaches in any year, with 14% of migraines, and 26% of tension headaches. and 4.6% had headaches of 15 or more days per month.

All headaches were more common in women than in men, and were more pronounced for migraines (17% in women versus 8.6% in men) and headaches lasting 15 or more days per month (6% for women versus 2.9% for men).

The majority of the publications considered for the review focused on adults aged 20–65 years, but some also included adolescents and children up to 5 years of age, as well as older adults over 65 years of age. The authors acknowledged that the majority of the publications they reviewed were from high-income countries with good healthcare systems, so these results may not reflect all countries.

Building on an earlier report from 2007, Lars Jakob Stoevner and colleagues also measured differences in methods between the studies they reviewed. They modeled these differences in methods and how they correlated with headache prevalence estimates. Most studies reported headache prevalence in the past year. However, some studies have reported prevalence of headaches for life and others over much shorter periods of time, including headaches that occurred in the last day.

See also  The Florence Astronomy Festival: The Interplay of Science and Politics as Seen by Cedric Villani

Lars Jakob Stoevner, lead author, said: “We have found that the prevalence of headache remains high worldwide and that the burden of different types can affect many people. We must strive to reduce this burden through prevention and improvement in treatments. It can as well be It will be interesting in the future to analyze the different causes of headaches that differ from group to group in order to target prevention and treatment more effectively.”

Among the most impressive types of headaches, migraines are characterized by frequent attacks. This neurological disease affects 15% of the world’s population according to Inserm. It is caused by abnormal neural excitability associated with complex genetic factors linked to environmental factors. For one in four migraine sufferers, the severity of the attacks has a significant socio-occupational impact.

According to the Norwegian study, migraines have been on the rise over the past three to four decades, in part because diagnostic methods are better.