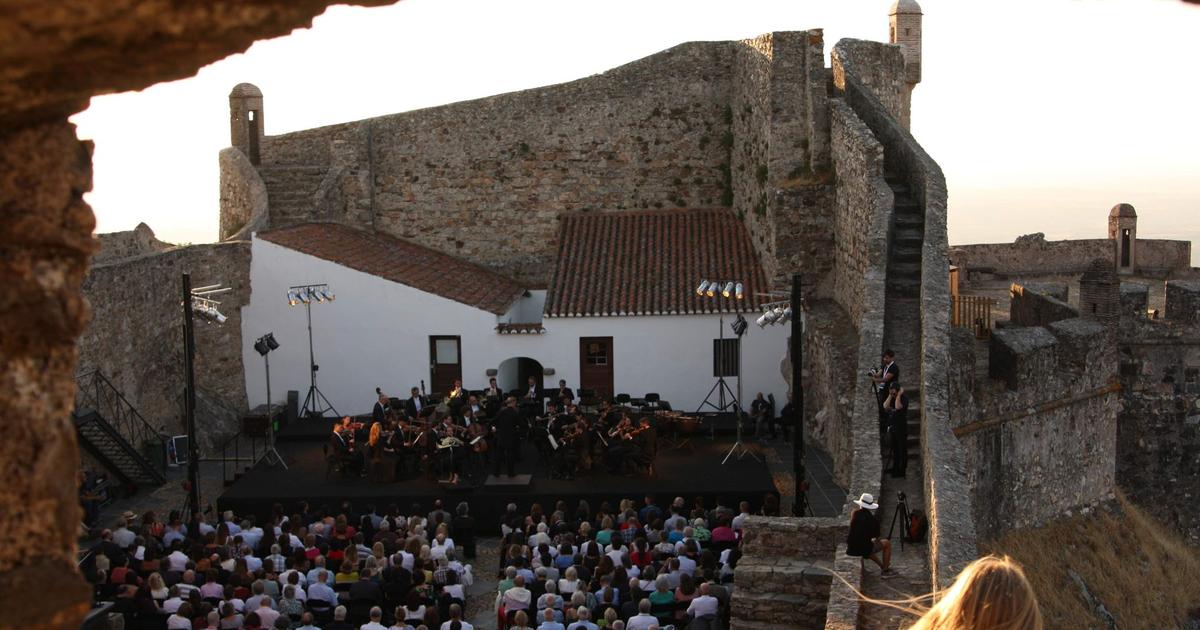 The festival, established by conductor Christophe Bobin in the palatial setting of an ancient lost Portuguese village in the Alentejo Highlands, is witnessing its eighth edition. Unique and magical epic.

Christophe Bobin discovered during a bike trip this fortified village, 850 meters above sea level, at the top of the Serra de Saboyo, on the border between Portugal and Spain. Steep alleys lined with white stone houses, fortifications merging with rock, and a walkway, fell in love with this wonderful place, marked by history and protected from the ravages of modernity.

Founded by the Romans, conquered by the Moors, and Marvão was liberated from Islamic rule by King Alfonso IVerse in the twelfthe century. The fortress was subsequently reinforced until it became an impregnable fortress. Except by the conductor and German violinist. After getting a house there, Christophe Bobin came up with a rather crazy idea to build a festival there: “There was architecture, absolute silence, a breathtaking view. The music was missing. Mozart’s symphony was running in his head. The first witness to his decision was the waiter who, when asked about the possibility of …

This article is for subscribers only. You have 76% left to discover.