Home Tech Mars and planet Earth to others 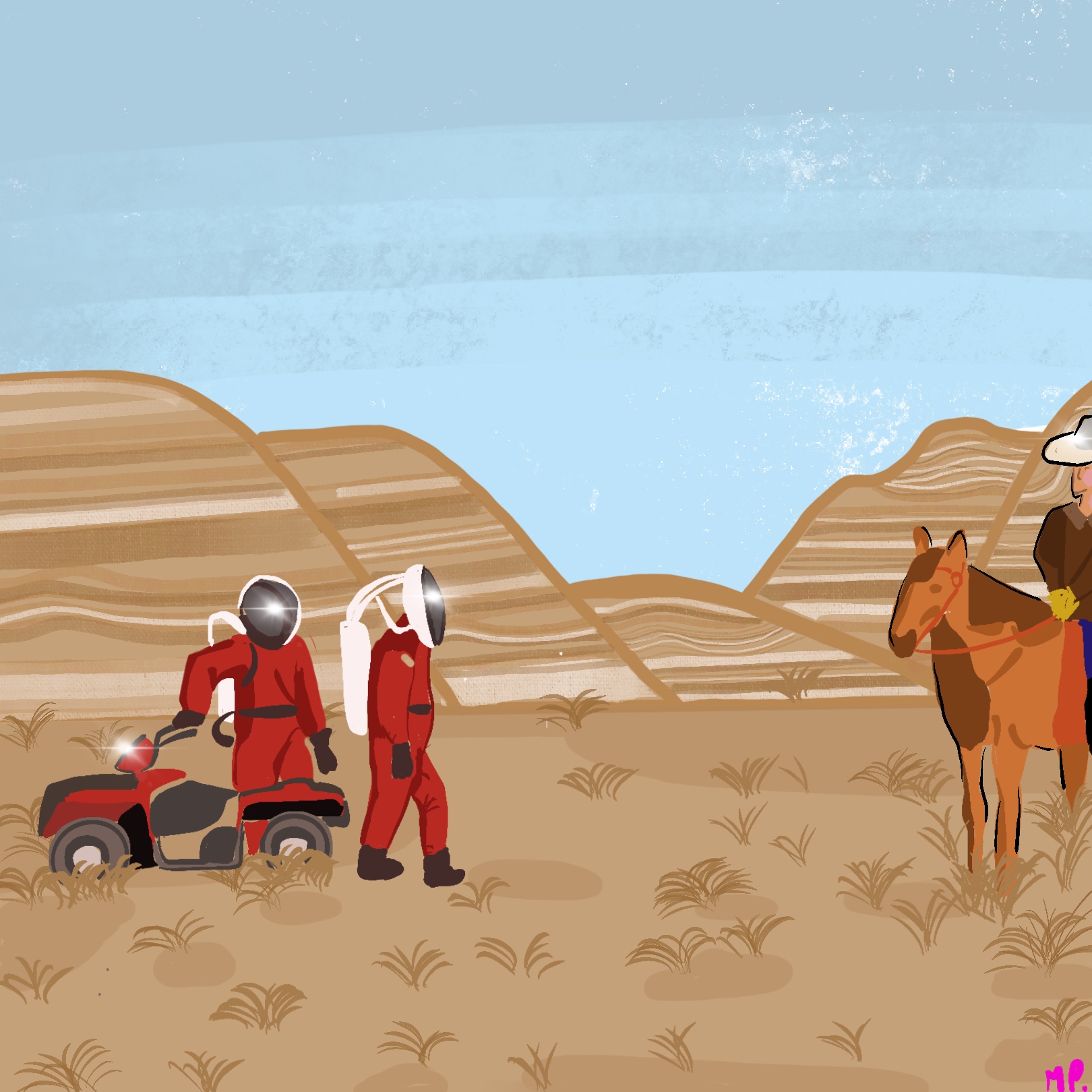 in Viking (2022), Stephane Lafleur’s latest feature film, five people are chosen to undertake a special mission on Earth to solve the relationship problems of five American astronauts who have left to settle on Mars. To do this, each Earth mission participant has access to the detailed dossier of the astronaut to whom he or she has a certain personal connection, allowing him or her to act out the psychological profile of the departed alter ego. On a mission. They are then sent to a bunker in the middle of the desert in order to simulate the astronauts’ isolation in a Mars cabin.

Are we doomed to explain the existence of others by filtering out our own emotional and cognitive biases?

Identity between self and other

Upon learning that he will be part of the support team on the ground, David makes sure to imitate his American counterpart John’s every move. Like each of the other participants, when he wakes up, he receives a note indicating John’s mood—a mood he must adopt throughout his day by adopting similar mental dispositions. If this way of slipping into another person’s skin reflects any interpretation of the role in cinema, matching one’s own attitudes to those of others can be understood more broadly as a reflection of the constitutive unity of the human experience. Is not identification with the other more the result of an accidental superstition than a genuine process of empathy? Are we condemned to interpret the existence of others by filtering out our own emotional and cognitive biases?
These questions are raised from the opening scenes of Lafleur’s film, particularly when David and a teammate have to solve a technical problem outside the dugout while pretending to be annoyed at each other. . Receiving and interpreting information from Mars occurs at a continuous lag. This leads to absurd scenes where each character can only half trust what the other is saying, as David can speak for himself or speak for John, the astronaut he embodies. At the support team level on Earth, every little squabble overlaps with the true goal of the mission, which is supposed to be geared toward providing indirect solutions for real astronauts.

The audience finds itself misled in its inability to determine whether what is being shown to it is real or the subject of a spectacle. In fact, two of the instigators of the simulation mission on Earth, Jean-Marc and Christian, provide information intended to shape the way participants interact with each other and with the outside world. There is no personal connection or possibility of direct interaction linking astronauts on Mars to the dual Vikings mission on Earth.

Since the members of the Viking expedition never met their astronaut egos, they could only get an idea of ​​who these astronauts were from certain fragmentary representations of them, such as cartoon mornings, the idea that they had similar double Viking personalities, pictures of the astronauts hanging in the bedrooms , and a file of personal information. It is the fantasy and dream that cement the cohesion between the members of the Vikings and those on Mars, so that “strangers” on Mars can become their “counterparts,” a process that emphasizes the performative aspect of interpersonal relationships. The idea that identity is a static performance is at its peak Viking. In addition to the mission to orchestrate what is happening on Mars by calling the five heroes to play the role of their assigned astronaut, fictional situations are created playing with “real-life” Viking members. The boundaries between what the characters see as their true identities and what is implemented are then challenged, and imagination will eventually take over, raising the possibility that the identities are in fact constructed through constant association. agencies. In this perspective, the clear distinction between what is “real” and what is not is dismantled; Identity itself becomes a performance, based on a collective projection of what we accept as “real.”

Additionally, Vikings crew members have no means of direct contact with the outside world, either with astronauts on Mars or with loved ones in their lives prior to the mission. Since all contacts with others pass through Christian and Jean-Marc, the Vikings are then doomed to conform to the worldview of these latter ages, the earthly mission managers.

“The dialogues are tinged with sweet simplicity.”

Stéphane Lafleur’s strong run is the idea of ​​masterfully creating a movie about space without the protagonists getting that far. The dialogues are tinged with pleasant simplicity, and still manage to address a number of issues related to the separation of self and other, imagination, identity, and the medium of communication. For most of us, space remains a place that can only be accessed through the projection of our imagination, that is, the image that we create for ourselves of this place. Viking He reminds us of this, while emphasizing that access to space only through imagination and dreaming may suffice.

Viking currently plays for Boubyan Cinema and on modern cinema.

in the same version