Home World The difficulty of removing Moscow from the international arena 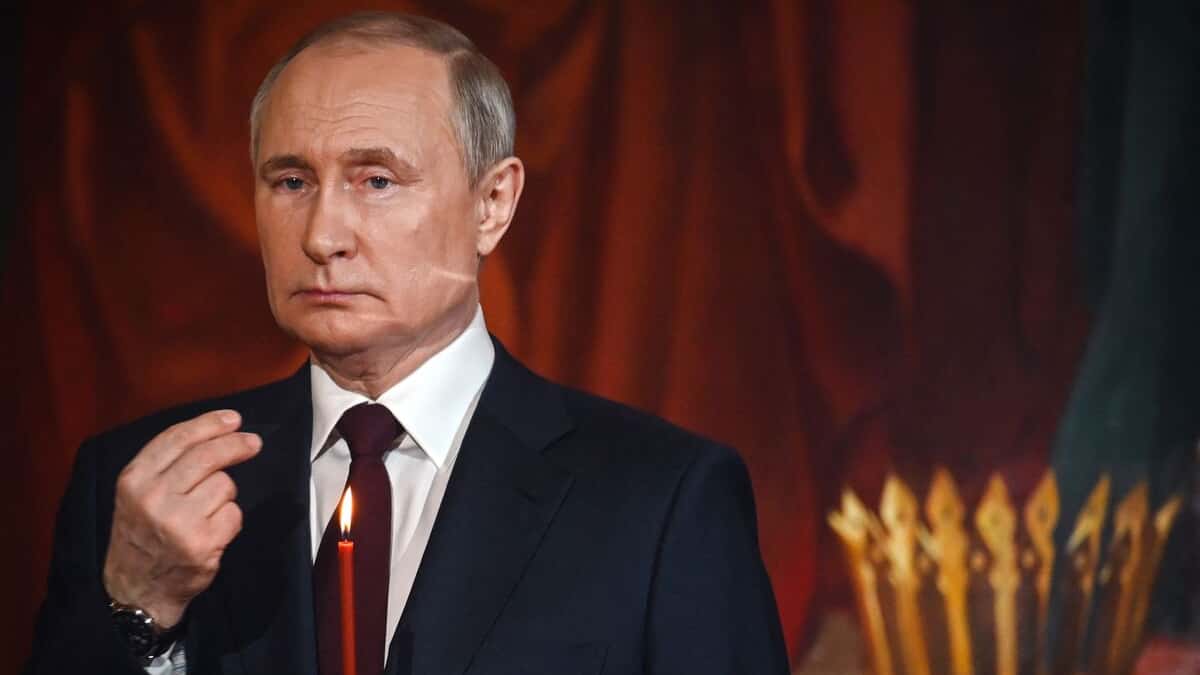 Russia “more isolated than ever”? Two months after the start of the Russian offensive in Ukraine, US President Joe Biden’s confirmation sounds like a pious hope as Moscow’s exile continues to confront a part of the international community, hesitating about any alliance.

• Read also: direct | The fifty-ninth day of the war in Ukraine

“There is a very clear isolation of Russia from the Western bloc, especially due to the successive series of sanctions that have complicated trade and financial exchanges,” asserts Sylvie Mattelli, deputy director of the Institute for International and Strategic Relations (IRIS).

“With regard to Russia’s isolation on the international scene, the situation on the other hand is very different, with a certain number of very cautious countries, which refused to bow to the pressures of the West and which assume a concentration in their soul and conscience,” adds the French researcher.

The Russian military offensive, which broke out on February 24, aroused almost immediate indignation among Europeans and Americans, who promised Moscow “unprecedented” isolation and sanctions.

In the weeks that followed, NATO and European Union airspace was closed to Russian aircraft, and the United States decreed a ban on imports of Russian oil and gas. At the same time, some Russian banks were excluded from the Swift international payment system.

Beyond the Western bloc, however, the picture is different. On March 2, at the United Nations General Assembly, India and South Africa in particular abstained during a vote demanding Russia’s withdrawal from Ukraine.

In Latin America, Brazil and Mexico refuse to participate in the sanctions packages.

“An increasing number of countries are willing to assert their independence despite the fact that they crave closer cooperation with the West and even need Western support,” notes Chris Landsberg, professor of international relations at the University of Johannesburg, in columns from The Washington Post.

said former Chilean ambassador to India and South Africa, Jorge Heine. “They don’t want to be pushed into a position that is against their interests.”

This is the case of Saudi Arabia or the UAE, which have so far avoided taking a stand against Russia. or India.

For New Delhi, “the war was accompanied by a brutal and unwelcome choice between the West and Russia, a choice to be avoided at all costs,” explains Shivshankar Menon, who was an advisor to former Indian Prime Minister Manmohan. Singh.

He recalls in an article published at the beginning of April titled “The Free World Fantasy: Are Democracies Really United Against Russia?”.

But on the ground, the Western powers are sparing no effort to increase pressure on Moscow. At UNESCO, about forty countries have intensified discussions in recent months in order to move the meeting of the Heritage Committee, scheduled for June in Russia.

As a result, at this point, in halftones: announcing an indefinite postponement, with no guarantee at this point that Russia will not host the meeting once the military offensive is complete.

The same attempt in the G20 where the Indonesian presidency, in a hurry to exclude Moscow from the box, finally refused in the name of neutrality.

And the absence of the short-term effects of Western economic sanctions on the ongoing conflict doesn’t help convince hesitant nations either.

“Yes, the sanctions are harsh,” asserts Judy Dempsey, an analyst at Carnegie Europe, “but they do not discourage Putin from prolonging his siege on Mariupol (…) nor from bombing other cities.”

“If the goal is to dissuade Putin so that he withdraws from Ukraine, that clearly did not work,” Sylvie Matteli abounds. “He certainly lowered his ambitions, but not so much in terms of sanctions as in terms of the determination of Ukrainian forces on the ground.”

To gauge the impact of sanctions on the Russian economy in the medium and long term, we will have to wait a few more months.

“The situation in the Russian economy will be clearer in June and July,” notes Russian financial analyst Alexei Fedev of the Gedar Institute. “The economy is still operating on the basis of its reserves.”

“These reservations are eroding, but as long as they remain, the penalties will not be fully felt,” he adds.