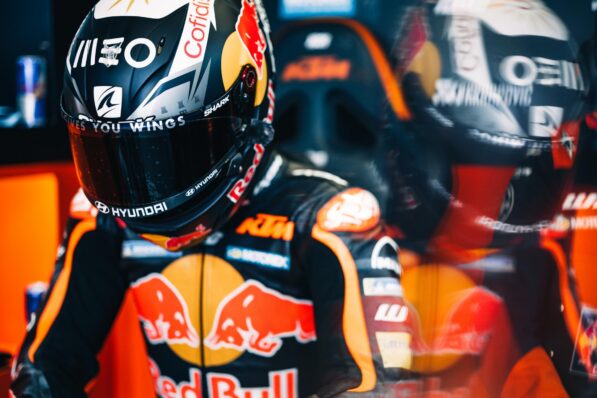 The Portuguese and the Spaniard will wear Razlan Razali’s chassis colors from 2023.

It’s now official: Miguel Oliveira and Raul Fernandez will lead the RNF starting next season. The two pilots will leave the KTM hangar and work on the steering wheel of the Aprilia RS-GP.

The Portuguese turned down the contract offered to him by KTM, who wanted to reintegrate him into the Tech3 team after two seasons with Red Bull KTM Factory Racing. His future Spanish teammate departs after his very complicated MotoGP debut on the KTM RC16 handlebar, and relations with management soured.

Razlan Razali: “We are very excited to welcome Miguel Oliveira and Raul Fernandez to our team from 2023. The process has not been easy, but with Aprilia we were very clear about the riders we wanted. They are young riders with a good dose of experience coming from Miguel and Raul, whom I myself have been a fan of. With them since he created the surprise in Moto2 last year, becoming Vice Champion. Being able to count him among us is great. Together, we believe in their potential. We can’t wait to see them wear our colors!”

Massimo Rivola (CEO Aprilia Racing): “Our satellite project with the RNF team is shaped the way we designed it from the start. We were able to secure the services of two exceptional talents, drivers that I respect a lot, from a human point of view and technical skills. Miguel showed his talent in all categories, even though he is still young So, he’s already gained a lot of experience by winning four MotoGP races, sometimes by an overwhelming majority. At his side will be Raul, a driver I don’t hide that he has asked for on several occasions. I think it’s one of the best promises in recent years, what he did in Moto2 On his debut he says a lot about his speed. We will have to be efficient in giving them a technical package that will allow them to give their best. I would like to take this opportunity to thank KTM who showed great sportsmanship and allowed Miguel and Raul to ride our bike immediately after the 2022 season ended.”