Home World 95% of Bucha’s victims were shot dead, according to Kyiv region police 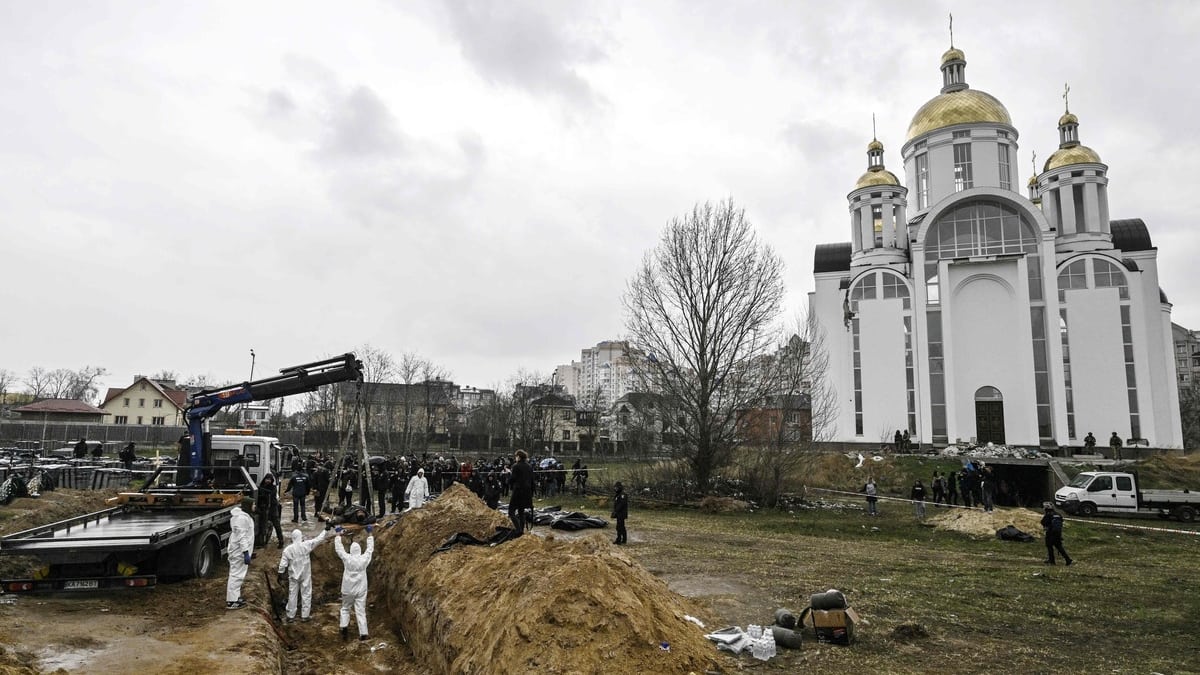 Almost all of those found dead in Bucha, near the Ukrainian capital, have been shot, said the Kyiv region’s police chief, Andrei Nepetov, on Friday.

“95% of people were shot with high-precision rifles or other small arms” in this northwestern suburb of Kyiv, the official said during a press briefing.

“During the (Russian) occupation, people were shot in the streets … In the 21st century, it is impossible to hide such crimes. Not only did witnesses see this, it was also recorded on video.

The French gendarmes are currently working in Bucha, along with Ukrainian investigators, to prepare a procedure for the examination and identification of the bodies.

The people of Busha buried the victims themselves during the occupation of the city by the Russian army, which finally withdrew on March 30, after about a month of presence.

According to Bucha’s mayor, Anatoly Fedoruk, in total more than 400 bodies have been found in his city since the withdrawal of Russian forces.

A few days after the departure of the Russian forces, AFP journalists saw 20 corpses of men in civilian clothes, one of them handcuffed, strewn across a street. Dozens have since been discovered, as have many mass graves.

Butch’s massacres sparked outrage and condemnation around the world, and prompted Kyiv’s allies to introduce new sanctions against Russia.