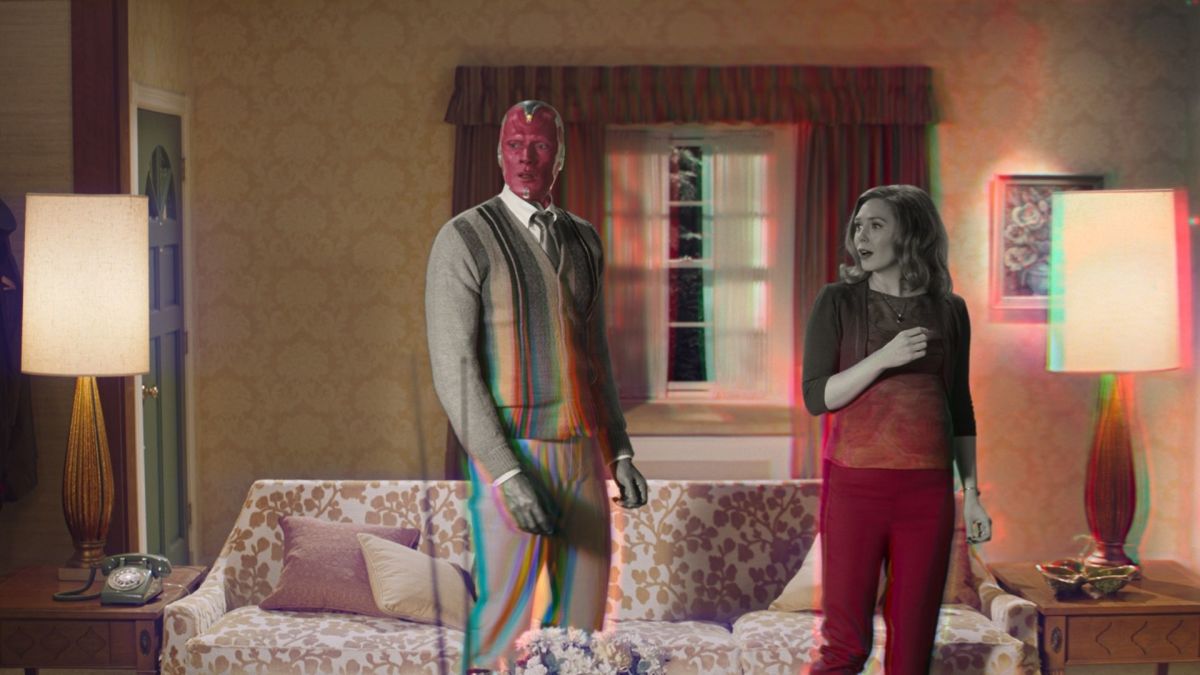 Here’s what is happening in the world of television for Friday 15 January and Saturday 16 January. All times are GMT.

WandaVision (Disney +, 3:01 am, series premiere): “With two episodes It is a third-person entertaining comedy parody that ends with a mysterious horror flavor in the Marvel movie, WandaVision It has the constituents of what would be a pinned entry in the law of the MCU. After all, where does the TV show go when it was already a crazy black-and-white sitcom, a high-concept comedy that’s a little trickier, And the An extremely powerful puzzle with massive ramifications for the wider universe? It’s hard to say, because such a feat has never been done before, and it only makes sense now because of the seemingly limitless – but often minuscule – storytelling potential of the MCU. WandaVision Takes advantage of the power the MCU has been sitting on for a decade, and like Wanda rips Thanos into game overIt’s time to see what this thing can really do. ” Read the rest of Sam Barsanti’s previous review for Air about WandaVision.

One night in Miami … (Amazon Prime Video, 12:01 a.m., Friday): The film begins with a series of insightful vignettes that peek at each character at a particularly low point. This includes young Cassius (Eli Gauri) who is publicly struggling to prove his prowess in the boxing ring, as well as Sam (Leslie Odom, Jr.) painstakingly performing at Copacabana who has turned tense due to anti-blackening crowd and staff. Pulling some focus away from the stage’s individual setting has a slight drawback: it gives the film a somewhat slow start, rather than the anticipation it would likely build. However, it tasks each character with facing their deepest fears like black men in America – a touch of conscience that adds additional context to their final gathering. ” Read the rest of Shannon Miller’s review for One night in Miami … This movie is directed by Regina King and stars Kingsley Ben Adair and Aldes Hodge.

Bling Empire (Netflix, Friday, 3:01 am): This reality show – which may become the new favorite of social media – follows an extremely wealthy group of Asian and Asian American friends (and foes) in Los Angeles. While their days and nights are filled with glamorous parties and pricey shopping activities, don’t let the glamor and charm fool you. Between running a billion-dollar business and traveling the world, these friends are as adept at keeping secrets as they are at spilling them. And there is certainly no shortage of secrets.

Servant (Apple TV + Friday 12:01 a.m.): at The second season review of ServantAlex McLevy writes, “To say where the show goes in its second season would be a quick entry into the spoiler area; by the end of episode three, enough amazing twists had produced enough material for an entire season of the medium series. But that is. Servant, Where there is no very extreme option, no situation is too embarrassing and it cannot be made more disturbing. ” The stars of the show Lauren Ambrose, Toby Kebbell, Rupert Grint, Neil Tiger Free.

Tindaf (Amazon Prime Video, Friday, 12:01 a.m.)If you are tired of following the disastrous nature of American politics, turn your attention to the (fictional) world of Indian politics in this new drama. Set in the capital, New Delhi, it explores the chaos and behind-the-scenes manipulation of the world’s largest democracy. It stars some big Bollywood stars, including Saif Ali Khan and TenetDimple Kapadia.

Resentment (Netflix, Friday, 3:01 am): Matt Groening’s fictional animated parody returns with the third part, technically Season Two. to me Vikram Murthy Review of Netflix’s ResentmentIt may “arouse the appetite of anyone who has already invested in the myths or mysteries of series” B but,Resentment He gets lost in the thick of myths and intrigues and forgets to go out for the air. ”