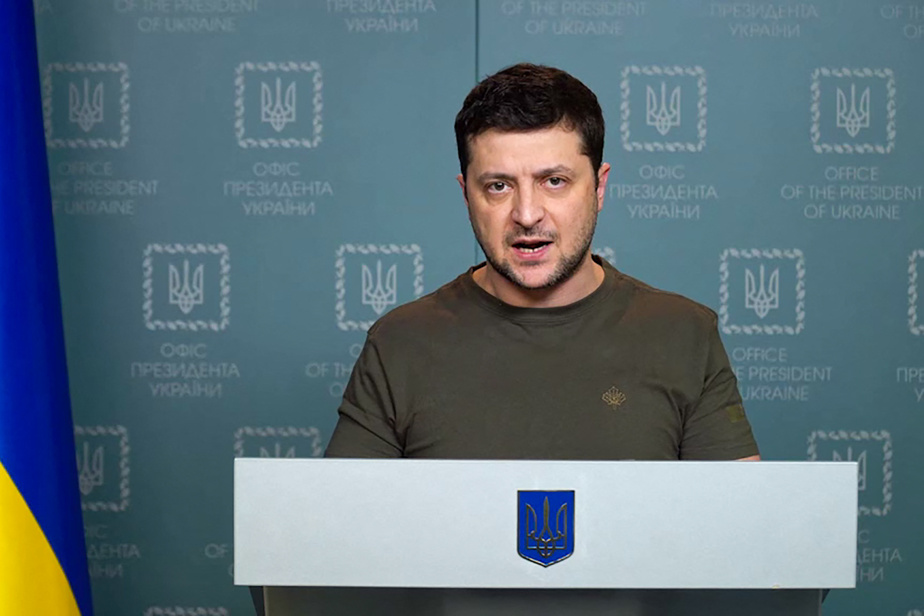 (Kyiv) Ukrainian President Volodymyr Zelensky congratulated himself Wednesday night to Thursday night for thwarting Russia’s “deceptive” schemes that invaded his country, saying he was proud of the “heroic” resistance of Ukrainians.

We are a nation that broke the enemy’s plans in a week. “Plans written years ago: sneaky, full of hatred for our country and our people,” Zelensky said in a video posted to Telegram.

The Ukrainian president said he was “sincerely impressed by the heroic city-dwellers” who resisted Russian forces and their advance on the seventh day of the invasion.

He confirmed that nearly 9,000 Russian soldiers were killed last week, a number that could not be immediately verified.

For its part, Moscow revealed, on Wednesday, the first death toll of its Russian soldiers killed in the attack on Ukraine, announcing the death of 498 of its soldiers and the wounding of 1597 others there.

On Twitter, Mr. Zelensky also claimed that he spoke by phone with Canadian Prime Minister Justin Trudeau and thanked him for the sanctions imposed on Moscow, calling on him to make new decisions.

He said he also met with Kazakh President Kassym-Jomart Tokayev, a Moscow ally, and they agreed to “cooperate on humanitarian issues.”