Home entertainment South of Bordeaux, they are all looking for the mysterious stranger on the road to Toulouse 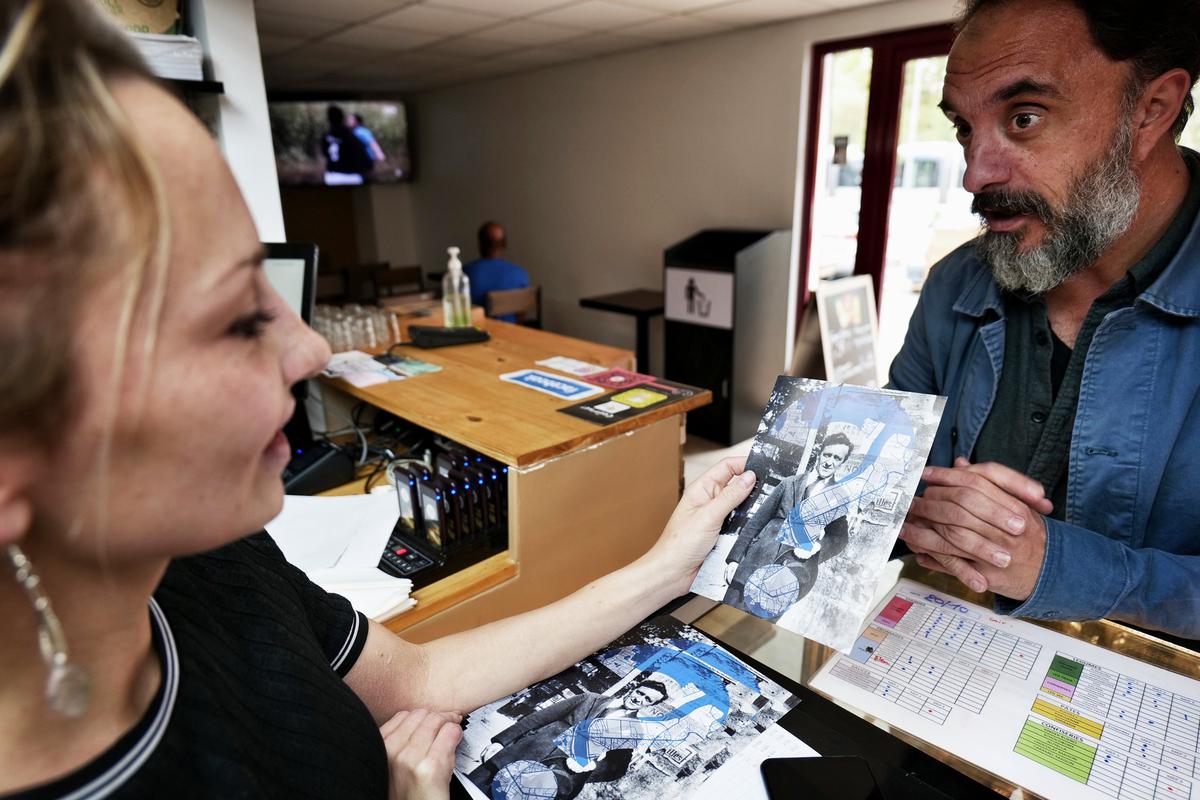 All residents of these municipalities and beyond are invited to examine the photograph, extract evidence from it, and use it. But this endeavor, all …

All residents of these municipalities and beyond are invited to examine the photograph, extract evidence from it, and use it. But this endeavor, while exciting, is basically just an excuse.

It all started in the Villenave Archive. “In 2019-2021, I was leading an urban exploration project with Children’s Social Home,” says Sebastian Sendo. I was hoping to find documents explaining the development of the neighborhood. But we discovered “only” two boxes of postcards. Few for a city of 36,000, the cultural speaker is surprised.

Among the shots are photos of vineyards or the tram that was actually passing through Toulouse. “And then, in one of the pictures, without a comment on his back, this guy. And this question: why did it end up on a postcard?”

The headquarters of the investigators is Road cafe, in Villenave. The third center is run by the social and cultural centers L’Estey (Bègles) and Saint-Exupéry (Villenave). The “tenants”, Carol Beller and Jean-Claude Savino, immediately joined the project of Sebastien Sendou when he offered to launch the audience in search of a stranger to him. Angelique Gilbert, of the Arts and Culture Forum Talens, joined the adventure.

“The idea is to involve the residents as actors,” explains Pedro Busca, Villeneuve Dornon’s cultural mediator. On Tuesday, October 25, a meeting took place in the cafe. It is scheduled for Tuesday 15 November and Thursday 15 December. Everyone is welcome. The investigation is an opportunity to loosen the tongues. To lead writing workshops, to create photo albums. Or any other act resulting from the envy of the public.

“The most beautiful clue is this hat that he holds in his hand. It is the headdress of Correz or Auvergne,” analyzes Sebastian Sendo. Are we strange bugs? A peasant who came to town from the highlands for a fair? Like an advent calendar, the picture has many doors that open: these “Workers Wanted” posters, an enameled street sign…

“The road to Toulouse is an archaeological core that represents all layers of urban development. It is an unloved road, but also a gold mine”

As in a detective film, the clues are mounted on a plate. Forming working groups. Each of them is responsible for a trajectory, pulling the thread and untangling the ball. But also to relate their story from this article. Pont-de-la-Maye students imagine the region’s future. The elders of nursing homes took advantage of his past.

Pedro Busca goes there from his family history: “The road to Toulouse is an axis that is a link and a border at the same time. For a long time, it was the transit route for Spanish and then Portuguese immigrants who settled in France, and then returned to the Iberian Peninsula for holidays. »

On the way, Sebastian Sendo sees an “archaeological cavity that represents all layers of urban development. The oldest layers lie at the level of avenues and the old toll levee – this was probably where the photo was taken.”

Let’s follow this excavation: the kiosks, the houses of the thirties…and then the building that changes on the Croix-de-lisôte level. Shops and dealerships were established “on the outskirts of town” in the 70s and 80s, in the age of all-cars, who found themselves engulfed in urban sprawl. The result is an ugly, noisy, and polluted artery. “It’s an unloved road, but also a goldmine. Plot of a story that gets lost. To me, it’s a literary object, an American movie set in the 1950s” — isn’t McDonald’s at the end of the road playing this whole card?

But this road will turn into something else With continuous redevelopment, the photographer expected. This is the swing we want to catch everyone packing, with the pretext of putting a name on a face. Then, if we get there, I’ll be happy! The “living memory” made up of all the testimonies (photos and texts) of this investigation will feed into the Villenave archive, where it all began. The loop will be closed.