Home sport The FIA ​​makes changes after the Suzuka accidents 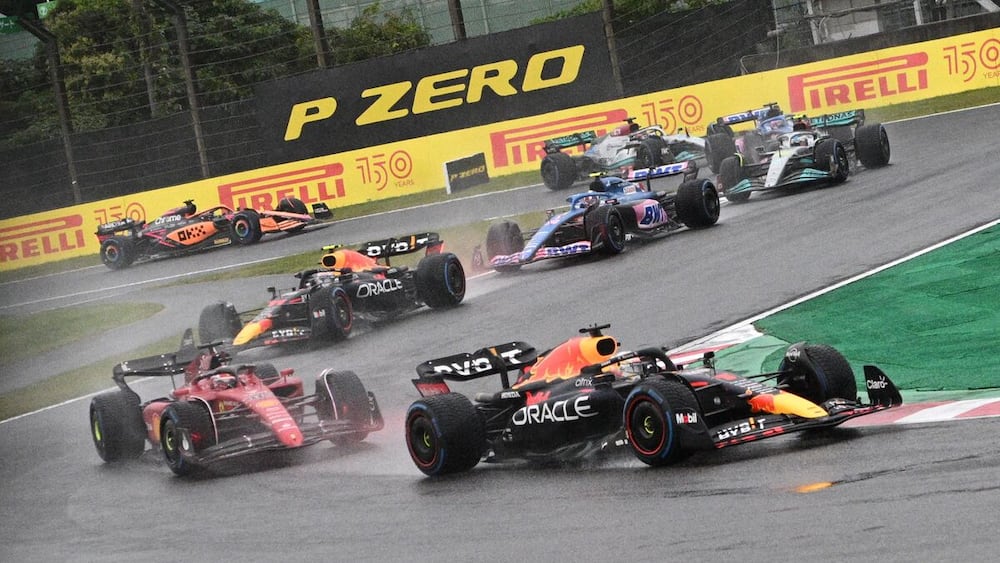 Two weeks after the Formula 1 Japanese Grand Prix, which saw several accidents due to rain, the International Automobile Federation (FIA) will change some safety rules and is also considering reviewing the points allocation system in the event of a suspension of the race.

On Friday, the Formula 1 Board of Directors announced that “a number of procedural recommendations will be implemented, taking into account the findings of the FIA’s comprehensive review of accidents that occurred during the disputed Grand Prix at Suzuka.” To take action by the pilots in a letter addressed to him.

In question, the accident on the second lap of the Japanese Grand Prix, after a water outing by Carlos Sainz Jr (Ferrari), when Pierre Gasly (AlphaTauri) was surprised to see a crane on the track indicated by his flashing light, while the rain was already making the situation particularly sensitive for pilots. .

The presence of this car revived the memory of the fatal accident of Frenchman Jules Bianchi at the same Suzuka circuit in 2014.

After the race review, the FIA ​​review committee concluded that all race procedures had been followed, but nonetheless agreed that “in such circumstances a recovery vehicle should not be deployed unless all cars are lined up behind the safety car”.

However, the recovery truck was dispatched to the track “without immediate detection of Pierre Gasly’s AlphaTauri in the pit lane,” the inspection panel explained, acknowledging that “it would have been prudent to delay the deployment of the recovery vehicles on the track.”

As a result, the FIA ​​decided to dismiss one of the race directors, Portuguese Eduardo Freitas, for the remainder of the season. German Niels Wittich will perform this job alone in the last four races of the season.

Among the first actions introduced from the US GP, scheduled for Sunday in Austin, Texas, in bright sunshine, the FIA ​​plans to warn teams “via its official messaging and intercom system, that a recovery vehicle is running the track, With the teams obligated to inform their drivers.”

Race management will also use a “new control screen that shows the status of all individual seats: on the track, behind the safety car or in the pits”. Because she admitted she hadn’t spotted Gasly’s car, when she decided to send the tow truck to the track to take care of Sainz’s son.

“A new function will be implemented to adjust the delta speed that the driver must respect before and in sectors where there is an accident,” the FIA ​​added.

At the same time, the authority intends to review its points allocation system in the event of a race shortening. This was the case in Japan, where all points were distributed even though the pilots did not go to the end of the distance to be covered. This was made possible because the race, which was interrupted for a long time by rain before resuming, finally had to be stopped after a regulatory time limit of three hours after the first start.