Home World Putin ‘won’t succeed’ in splitting the EU, according to Charles Michel 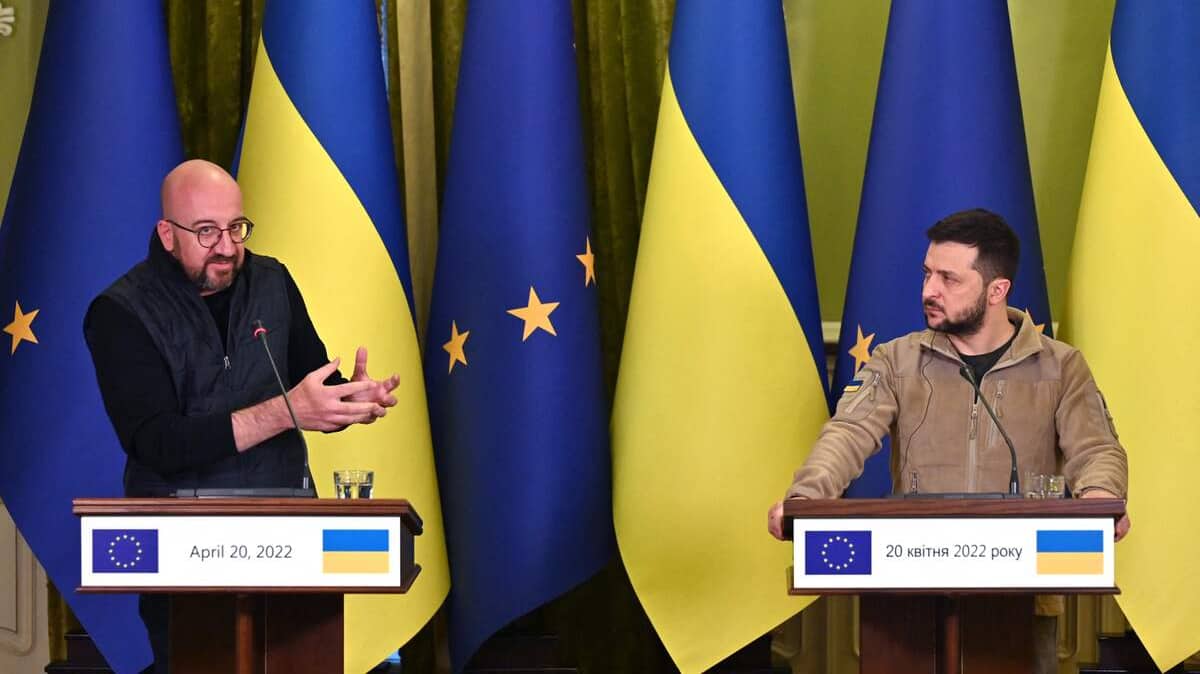 European Council President Charles Michel said Wednesday in Kyiv that the European Union will do “everything in its power” so that Ukraine wins a war against Vladimir Putin’s Russia that “will not succeed” in dividing the Europeans.

“You are not alone, we are with you and we will do everything we can to support you and to ensure that Ukraine wins the war,” Michel said during a joint press conference with Ukrainian President Volodymyr Zelensky.

Michel, who is visiting Kyiv, said he was “very impressed” by Zelensky’s “personal leadership” since the invasion began on February 24, which shows “the courage of the Ukrainian people” in the face of Russian forces.

“He will not succeed in undermining Ukraine’s sovereignty nor in dividing the European Union,” said Russian President Vladimir Putin, welcoming the 27 nations’ ability to “make decisions together and unanimity” over the many waves of severe sanctions that have been adopted. against Russia.

“We are working hard, to be able to take the necessary decisions (…) in order to achieve this common goal,” noted Mr. Michel, while the European Union remains dependent on Russian supplies.

However, he felt it would be “extremely difficult” to “change the Kremlin’s behaviour”.

We have two tools: Ukraine support and sanctions. These are the tools we must use to make sure that Ukraine wins the war.”

Volodymyr Zelensky stressed that Ukraine’s accession to the European Union is a “priority” for Ukraine’s “state and people’s power”.

See also  Russian spies in Ukraine and the loss of a key area: Zelensky turns heads

Earlier Wednesday, Mr. Michel went to Borodianka near Kyiv, the scene of “massacres” of civilians by Russian forces according to Ukrainian authorities. He denounced the “war crimes” committed by Moscow.