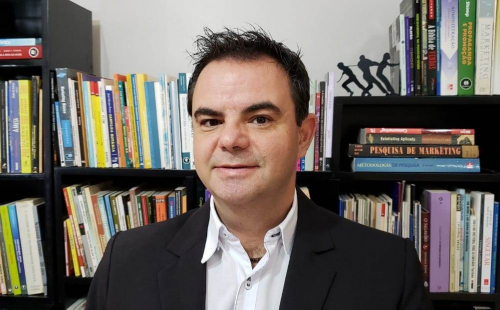 The election campaign, the soccer World Cup, shortly after Christmas, the New Year’s Eve parties and the summer holidays… With this arrangement, the new year seems to be coming faster than ever.

The national culture of “cup participation”, for example, has a very large economic impact and is identified by economists who study GDP, showing that it is notorious in trophy years and elections, even increasing productivity per employee more than usual. . For those who don’t know or don’t remember, the productivity of Brazilian workers is already very low, according to studies by the Organization for Economic Co-operation and Development (OECD). Out of curiosity, the most productive countries in the world are Luxembourg, Ireland, Norway, Denmark, Germany, France, Switzerland, Austria, Holland, Iceland. Studies also show, for example, that a North American worker, who is not even among the top ten in terms of productivity, takes only 15 minutes to produce what a Brazilian worker needs in an hour.

Seneca said the wind would never be good for those who don’t know where to go. However, planning is the most important action to take, for those who know where they want to go and have clear goals. The end of the year is known to be a period of greatest movement in the economy for several reasons, particularly in the retail trade of goods and services. It is also important to remember that competition is becoming increasingly fierce, with many competitors forced to sell and move their businesses, as well as internet sales and the arrival of new competitors with new ways of doing business. effective. . If you, your team, or your business haven’t made or completed your plans to get the most out of late 2022, now is the time to get started.

How to prepare the points of sale and points of contact with the customer .. How to identify the environment of the headquarters, facade, windows, cleaning, garden, external facade, painting of the building. ..? What about the site, social media profiles, contact lists, CRM…? Are the images and text up-to-date? How are the sales, customer service, and phone teams guided by the news in progress? Purchases and orders are already in place to maintain a well-stocked inventory, so it’s easier to plan how best to use what will be in stock to win the customer and produce results.

Planning isn’t everything, but it’s essential. While planning, innovation ideas will come up at different times, thus it will be easier to motivate the team as well as suppliers and representatives who can contribute, as well as customers who are always looking for new things. Putting the plan on paper is also key to recognizing the missing details that can be improved upon. With a written and revised plan, it is easier to share all activities with the people who need to perform their roles so that everything works as planned.

Finally, remember that a plan only makes sense if it can be put into action and this always requires a good distribution of tasks, involving many people and distributing activities according to everyone’s capabilities. The more people involved, the stronger the mobilization. Some things will be done as you do, but the increase in motivation and satisfaction with contributions in mobilizing efforts for the end of the year will be greater.

Qualifying the personnel and planning procedures is hard enough, and I can imagine the scale of the difficulty without doing it. So, head and hands to work, that the end of the year is approaching and that we must use the best of every year to make it the best end of the year as of late!

Hug until next time!