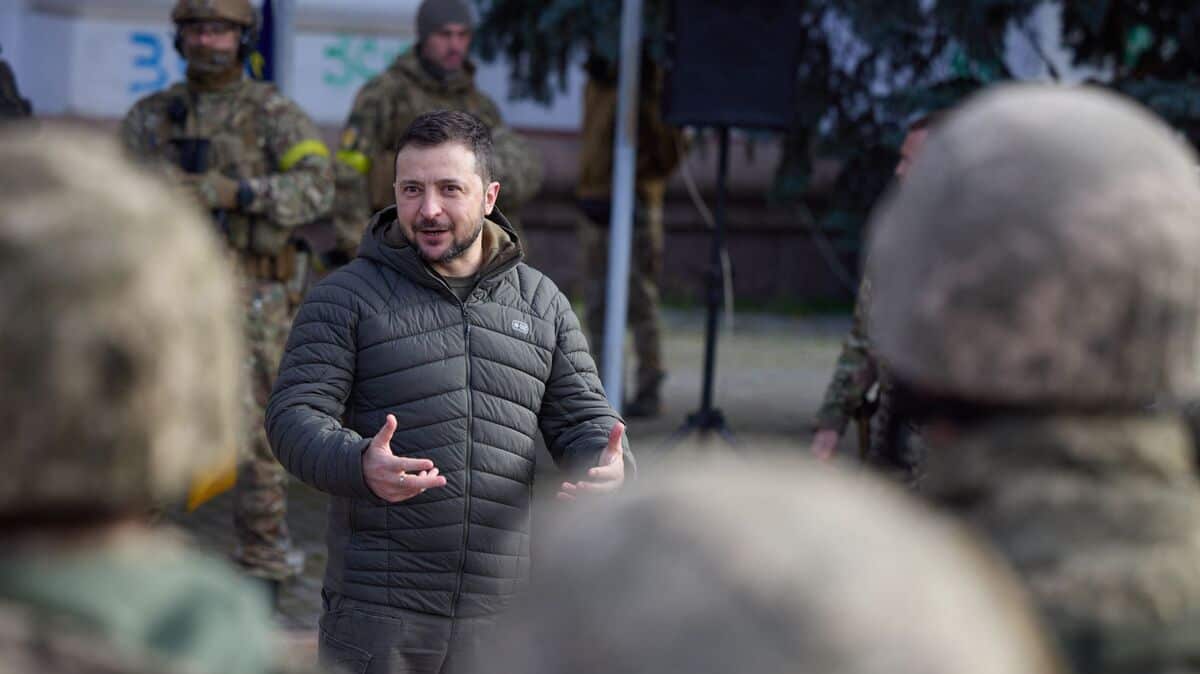 And Kyiv confirmed, on Wednesday, that the missile that killed two people the day before in a Polish village near the border with Ukraine was “Russian”, in contradiction between NATO and Washington, which adopt the hypothesis of a Ukrainian defensive missile.

• Also read: It is believed that the cause of the explosion in Poland was the Ukrainian air defense systems

• Also read: What are Putin’s options after the setbacks he faced in Ukraine?

“I have no doubt that this missile was not ours,” Ukrainian President Volodymyr Zelensky said Wednesday night on television.

He added, “I believe it is a Russian missile, according to the Ukrainian military report,” while NATO officials previously estimated that it may have been a missile from the Ukrainian anti-aircraft defense system.

Listen to the interview with Remy Landry Retired Lt. Col. and Associate Professor at the University of Sherbrooke On the Richard Martino Show via :

He also claimed that he had not received any evidence from the West on the hypothesis of a Ukrainian missile being fired to shoot down Russian cruise missiles, which were fired at Ukrainian territory during a massive attack.

Do we have the right to obtain evidence from our partners behind closed doors? “We have not received anything,” Mr. Zelensky said, emphasizing that Kyiv wants to be part of an international investigative group on this incident.

The fall of the missile on the Polish village raised fears of NATO being drawn into the conflict and a major escalation in the war in Ukraine, as Poland is protected under a collective defense commitment from NATO.

Russia denied having fired the missile, and Warsaw itself saw it as “highly likely” that it was a Ukrainian anti-aircraft missile, citing an “unfortunate accident”.

The missile killed two men in Przyodo when it hit an agricultural building, leaving Poland in shock and its army on high alert.

A spokeswoman for the Security Council said Wednesday that the White House “didn’t see anything that contradicted” the hypothesis put forward by Warsaw, that the missile that fell in Poland “most likely” came from Ukraine’s anti-aircraft defense. National Security, Adrian Watson.

“However, whatever the final conclusions, it is clear that Russia is ultimately responsible for this tragic incident” because of the strikes it launched on Ukrainian civilian infrastructure, it said in a statement. The right to defend himself

“The accident was most likely caused by a missile of a Ukrainian air defense system launched to defend Ukrainian territory against Russian cruise missiles,” NATO Secretary General Jens Stoltenberg said earlier after a crisis meeting in Brussels.