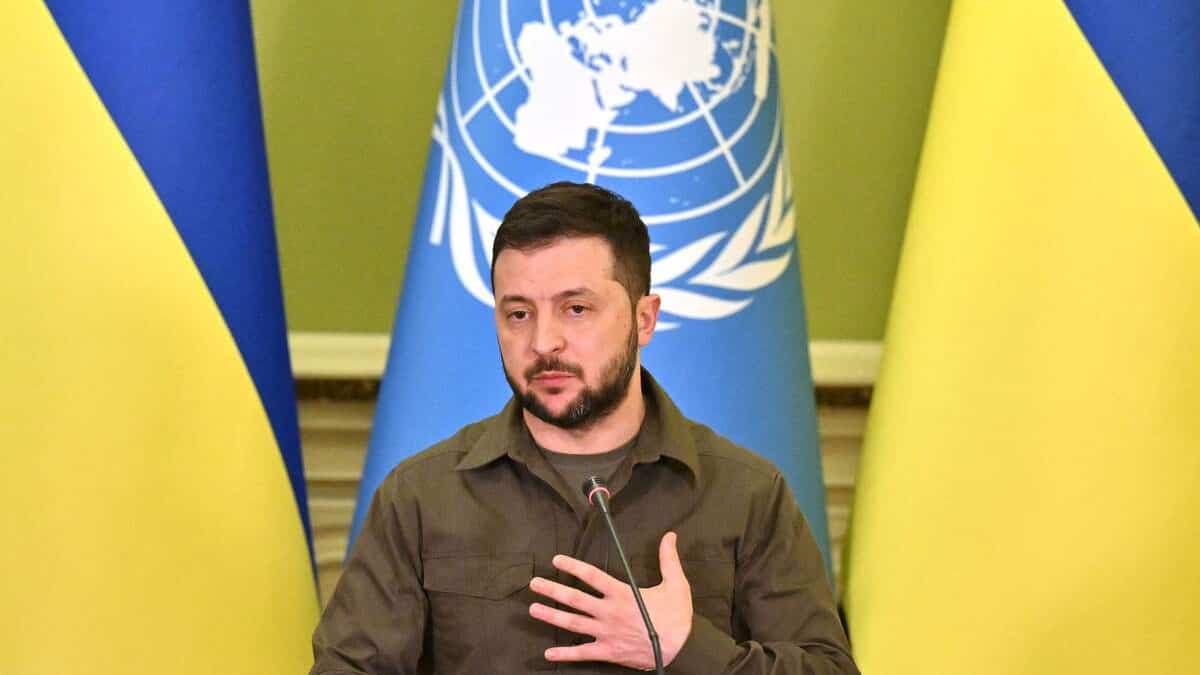 Ukrainian President Volodymyr Zelensky stressed on Saturday that the war in Ukraine can only be ended by “diplomatic” means, while negotiations between Moscow and Kiev have reached a dead end.

• Read also: Russian gas has been cut off from Finland

“The end (of the conflict) will be diplomatic,” he said in an interview with Ukraine’s ICTV channel. The war “will be bloody, it will be combative, but it will end once and for all through diplomacy.”

Discussions between Ukraine and Russia will be held firmly. I don’t know in what form: with mediators, without them, in a wider circle, at the presidential level,” he said.

There are things that we will only be able to achieve at the negotiating table. We want to restore everything as it was before the start of the Russian invasion of Ukraine on February 24, which “Russia does not want,” he added, without going into further details.

The President stressed that the outcome of these talks – the subject matter of which may vary “depending on the time of the meeting” – should be “fair” for Ukraine.

He also noted that he made an indispensable condition for the continuation of the talks that the Russian army not kill the Ukrainian soldiers holed up in the vast Azovstal mineral complex in Mariupol, southeast Ukraine.

He noted that Russian forces “gave the possibility and found a way for these people to get out alive” from Azovstal. “The most important thing for me is to save as many people and soldiers as possible.”

On May 17, the adviser to the Ukrainian president, Mikhailo Podolak, noted that the talks between Moscow and Kiev were “on hold”, considering that Moscow had not shown an “understanding” of the situation.

The next day, the Kremlin accused Ukraine of “totally unwilling” to negotiate with Russia to end the invasion of Ukraine.

Several meetings were held between negotiators from both sides, but they did not produce tangible results.

The last meeting between the heads of the two delegations – Vladimir Medinsky on the Russian side and David Arakhmey on the Ukraine – dates back to April 22, according to Russian news agencies.

After failing to gain control of Kyiv and its region, the Russian army is now focusing its efforts on an offensive against eastern Ukraine, where fighting is raging.