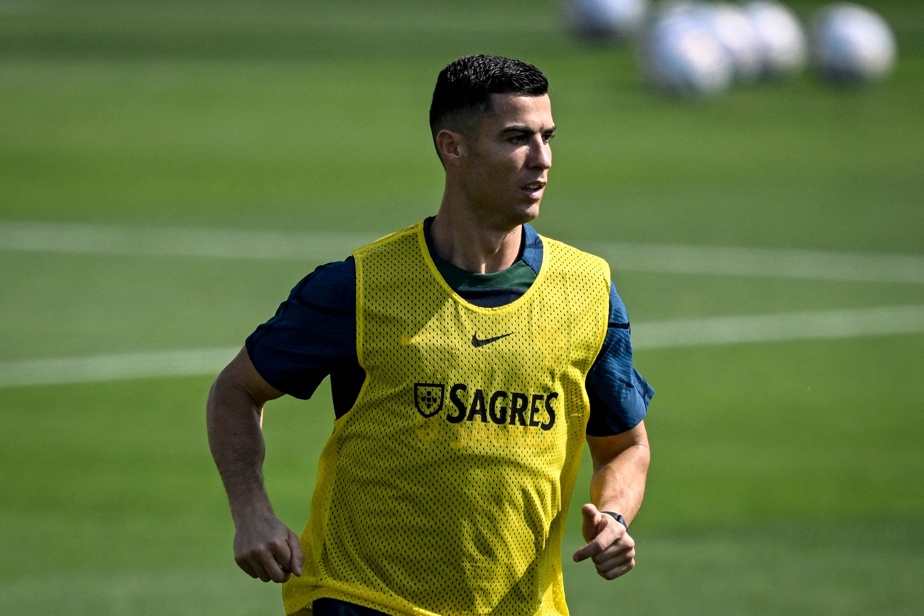 (Doha) He spoke only in Portuguese, but his message was heard as far away as Manchester: Cristiano Ronaldo called himself to the press on Monday, three days before his fifth World Cup kicked off, to ensure his feud with United’ was not shaken. Portugal.


For the first time since the Seleção arrived in Qatar on Friday evening, translation headsets were handed out to journalists at the training center, which was repainted in red and green, on the desert plains, about thirty kilometers west of Doha.

Another sign that the clock was ticking: a dozen members of the Portuguese team’s management were invited to the back of the air-conditioned press room, just before Cristiano Ronaldo’s appearance. The captain came to mine the pitch after the storm sparked by his flamethrower encounter last week against Manchester United and their manager Erik ten Hag.

“I’m in great shape,” the five-time Ballon d’Or winner began, claiming to have “recovered after good training sessions.” He had abandoned the last preparatory match on Thursday night against Nigeria (4-0) due to gastritis.

But he was clearly quickly passed over due to his status at Manchester United. The English club announced, on Friday, that it had “taken appropriate measures” after the harsh statements of Ronaldo, who felt he had been “betrayed” by the Red Devils as he is on the sidelines this season.

“I have no doubt that this last episode, this interview, like other episodes that sometimes happen, can shake the player, but it will not shake the team,” he said.

He took the opportunity to deny any problem in the relationship with fellow national team and club Bruno Fernandes, after a video went viral last week, apparently showing some coldness.

“I have a great relationship with him. His plane was late and I asked him if he came by boat, and I was joking with him,” CR7 confirmed.

“The same thing happened with (Joao) Cancelo. He was a bit sad during training and I grabbed him by the neck and said, ‘Come on, you’ll get there…’ and it became the subject of another controversy,” he regretted.

“There’s always debates, space for rumours, I know that…but the atmosphere is really great. But don’t talk about me with the other players. I have a bulletproof shell, but it’s the World Cup. Talk to the other World Cup players, not Cristiano Ronaldo, that would be great.” ,” he told the seventy or so reporters.

Before setting off as a wish: “The Ronaldo case is over.”

The Seleçao captain is going into his fifth World Cup, like his best rival Lionel Messi, and it may be the last for both. CR7 could also become the first player in history to score in five different worlds, overtaking Pele, Miroslav Klose and Uwe Siler.

“Even if I win the World Cup, the debate (about the best player in the world, Ed) will continue. Some prefer me, others less, as in life, some like blondes, some brunettes,” he said, also happy to share the poster with Lionel Messi in a recent ad campaign for a luxury brand.

“The World Cup will always be an opportunity to brag. Even if you tell me that I won’t win any other major tournaments in my career, I will be happy with what I have achieved. But winning is obviously a dream, as we shall see, ”continued the European champion in 2016.

“If I have to prove something at 37, that would be worrying,” he said again, in a message that could, again, be directed at Portuguese fans as at Manchester United. Even for potential recruits who might be tempted to welcome a January star who is now looking for a club.