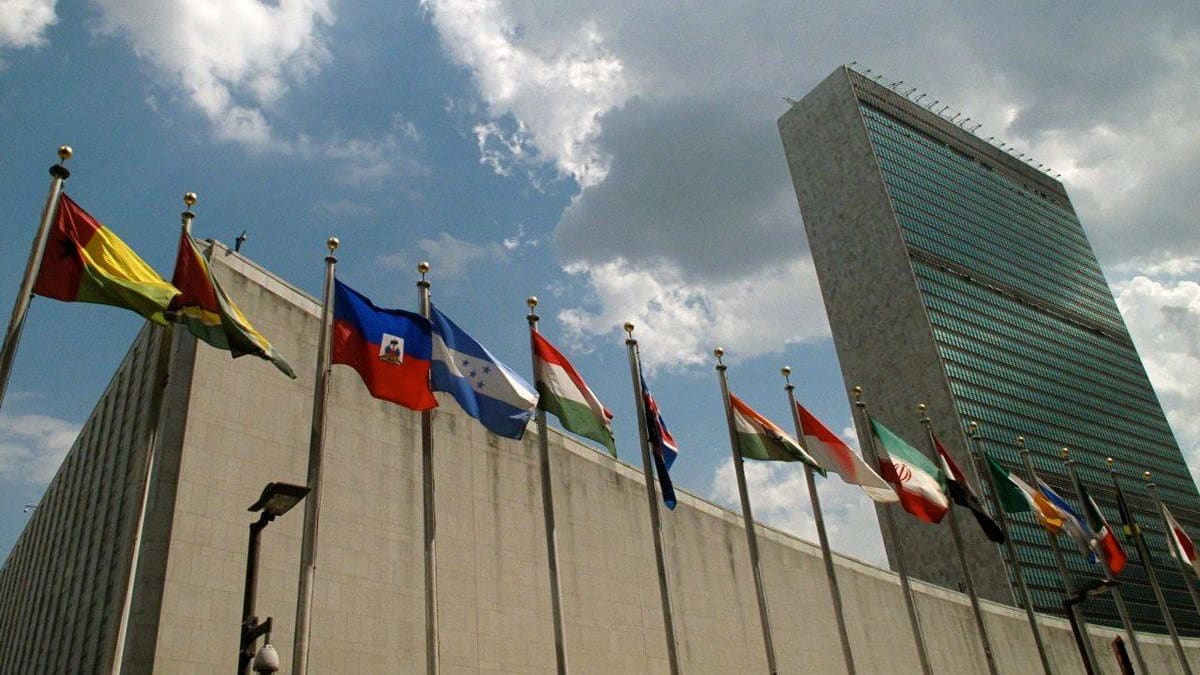 The United Nations General Assembly on Wednesday overwhelmingly condemned Russia’s “illegal annexations” of Ukrainian territory, after Moscow vetoed a similar text in the Security Council at the end of September.

The General Assembly of 193 member states, held in emergency since Monday, adopted this resolution by 143 votes to 5 and 35 abstained, including China, India, Pakistan and South Africa. States.

No wonder the five countries that voted against it are Russia, Belarus, Syria, North Korea and Nicaragua.

With this text, co-drafted by the European Union and presented by Ukraine, the Westerners claimed to have demonstrated that President Vladimir Putin’s Russia was “isolated” on the international scene, seven months after the outbreak of war in Ukraine.

US Chief of Diplomacy Anthony Blinken was pleased in a press release to see “an overwhelming majority of countries on the side of Ukraine, in defense of the UN Charter and resolutely opposing Russia’s war against Ukraine and its people.”

The US Secretary of State insisted that the 143 countries that voted in favor of the UN resolution mean that they “will not tolerate any attempt by a UN member state to seize territory by force.”

Before the vote, Russia’s ambassador to the United Nations, Linda Thomas Greenfield, urged as many countries as possible not to abstain: “Today, Russia invades Ukraine. But tomorrow it can encroach on the territory of another country. It could be you. The diplomat fired on The UN platform “could be” the next country.

And his French counterpart, Nicolas de Riviere, added: “By invading its neighbor, Russia decided to open the way to further wars of annexation. What happens today in Europe may happen elsewhere tomorrow: in Asia, Africa and Latin America.”

And for Britain’s Barbara Woodward, “Russia has failed on the battlefield and at the United Nations. (…) Russia has isolated itself. (…) We must now stop the war.”

The resolution condemns the “illegal annexation attempts” of Ukraine’s Donetsk, Lugansk, Zaporizhia and Kherson regions after the “so-called illegal referendums” and affirms that these actions have “no legitimacy” under international law.

The text also calls for no country to recognize this annexation, and calls for the immediate withdrawal of Russian forces from Ukraine, which entered on February 24.

The United Nations calls on the “Russian Federation to immediately and unconditionally reverse its decision of September 29” on the integration of Ukrainian regions into Russia. These annexations constitute a “violation of the territorial integrity and sovereignty of Ukraine”.

On September 30, Moscow vetoed the same resolution in the Security Council condemning Ukraine’s annexation. Aside from the Russian veto, the text collected 10 votes from the council’s 15 members. China, India, Brazil and Gabon abstained, and the West had already touted to demonstrate Russia’s isolation.

“Russia tried to silence the Security Council, but it could not silence the UN General Assembly,” Olof Skoog, the European Union’s ambassador to the United Nations, told reporters after the vote.