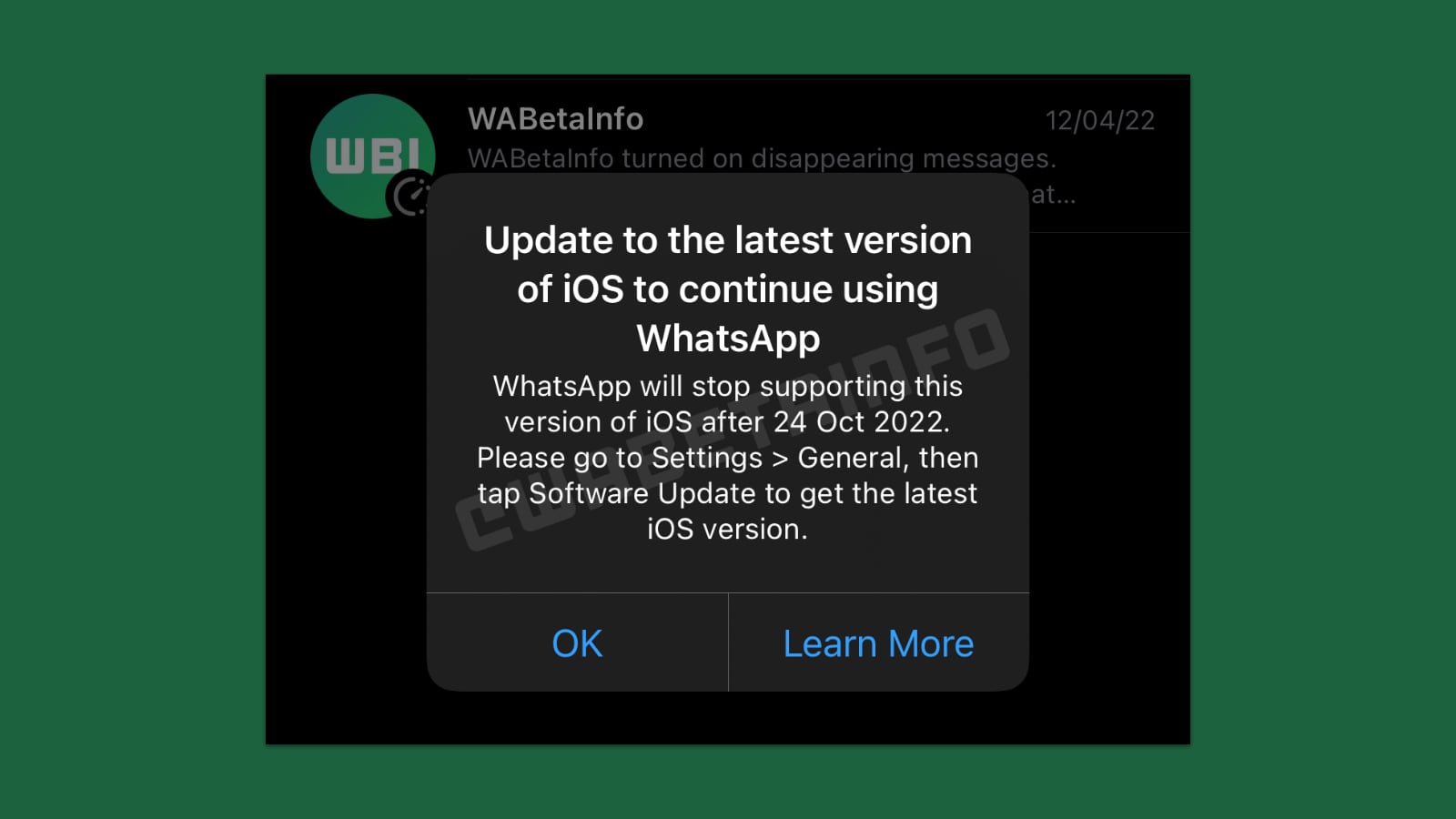 WhatsApp plans to drop support for a few more iOS devices by the end of the year by discontinuing support for iOS 10 and iOS 11. This means that two iPhones will not be eligible for the updates. iPhone 5 and iPhone 5c have been updated. WhatsApp was iOS 9 support discontinued last year.

according to WABetaInfoThe company has begun warning beta users using iOS 10 or iOS 11 that they need to update their iPhones to continue using WhatsApp after October 24.


Update to the latest iOS version to continue using WhatsApp

WhatsApp will stop supporting this iOS version after October 24, 2022. Please go to Settings > General, then tap Software Update to update to the latest iOS version.

Here are the two iPhones stuck in iOS 11:

As a result, from the end of October, customers on these models will not be able to update or even use WhatsApp. If you have the above iPhone like iPhone 5S or iPhone 6 that is still under one of the two operating systems, consider updating them to keep accessing the most popular messages.

Besides, on Help Center From WhatsApp, the company that belongs to the Meta group already indicates that iPhone users must use iOS 12 or later to continue using the app. Android users, for example, need OS version 4.1 or later.

Before this change happens, remember that Apple will be running iOS 16In the beta version next June, then in the final version in September. Rumor has it that this operating system will stop working with the iPhone 6s, iPhone 6s Plus, and iPhone SE 2016.