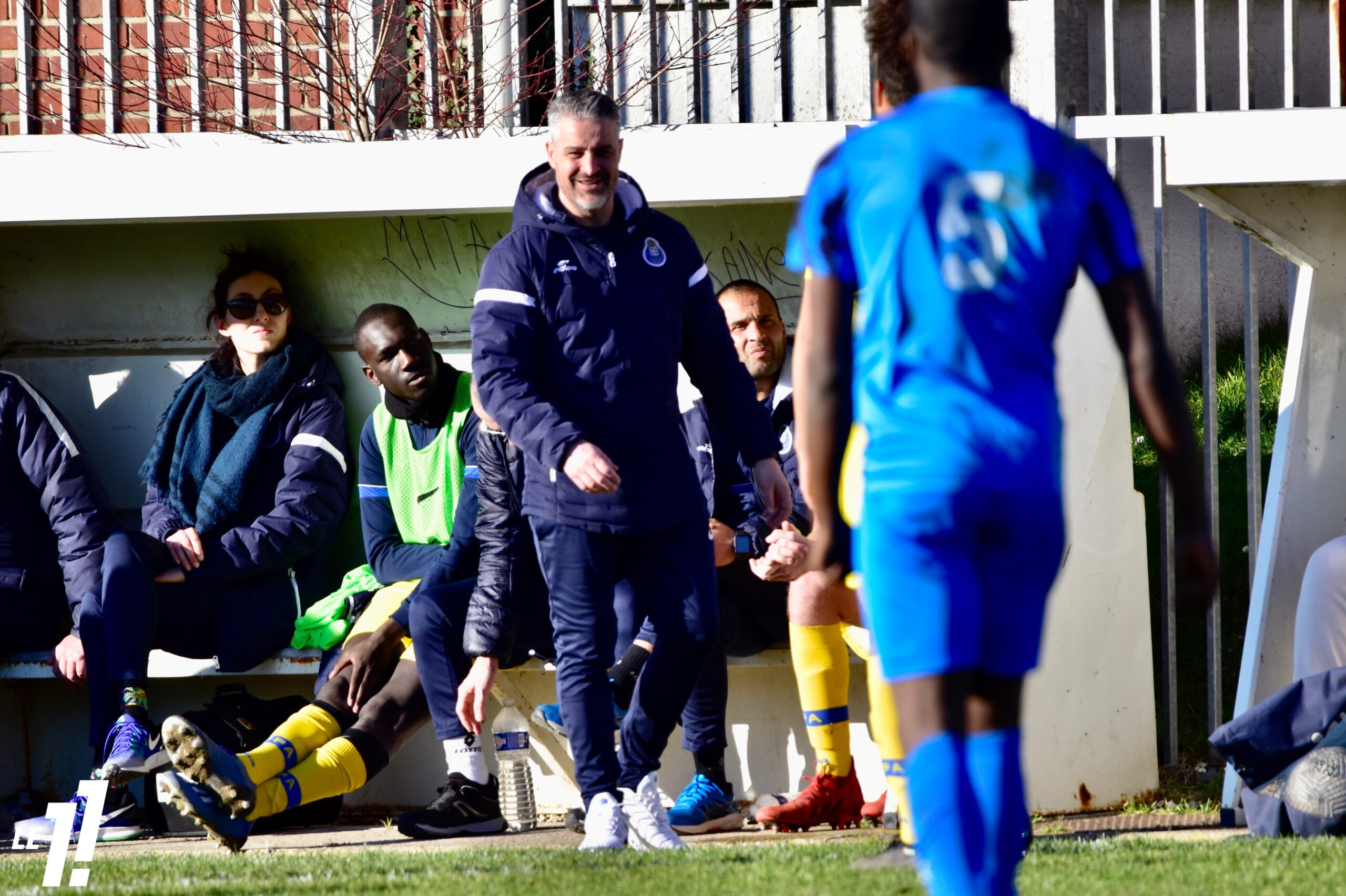 On an excellent dynamic, the Portuguese Amiens confirmed his victory in the derby over the reserve AC Amiens (3-0), a direct confrontation in the prefecture race. Delighted with this result, Benoit Sturbois hopes his team can maintain their unbeaten streak to collect points and continue their rise in the standings. maintenance.

Benoit, this victory makes sense and helps a lot…

Quite frankly, it makes sense, yes, and it does a lot of good because it comes at the right time. We had two wins, two draws and we still had to keep going after losing points in Buffet. We win away, which is very good, we put Amiens in seven points. Hopefully we can grab a point or two from the front teams as well. It’s good because it was a continuation of what we suggested this week. Players present, going to the end, responded and were very attentive and receptive to instructions. We felt anxious team, very determined. I never ever doubted. Camille scores really fast, Ryan scores two goals and that’s the added value to the team, he’s doing us well. The whole team was exceptional, from the goalkeeper to the bench. A great “father” of comfort because he is really good to us.

Do you agree if we talk about victory during mastery?

I wanted us to be more of that because we tick off the details but we didn’t concede a chance, we outplayed them in maneuvering and we were all in control because the match was unfolding as we wanted it to unfold. The players have done a great job this week and are being rewarded for their work.

See also  Mahrez replaces the Portuguese at Manchester City - does he have a better record?

Is this the most dominant game of the season?

This is the case where we have been most consistent over the course of the 90 minutes. We don’t judge by the outcome whether we are good or not. In terms of mastering the toughness, control and consistency of the match, it’s the most successful match, yes.

You are putting your direct competitors at a good distance…

We try to get away from the lower peloton to catch up with the one in the front. We’re hosting Hazebrouck next week and it’s the kind of team you have to score points against, not one. We hope to be as excited as today. We have a lot of physical problems and I’m afraid I won’t be able to join the same team next week.

The results are there, there is progress in terms of consistency, we don’t lose more than the progress, we are positive because we have three wins and two draws. We feel like this year is smiling at us right now, but we can also start again very quickly on our failures. I ask the players to remain attentive, ready and keep working because we only have these results because we are working and everyone is giving their best for the team.

All comments collected by Romain PECHON with Adrien ROCHER