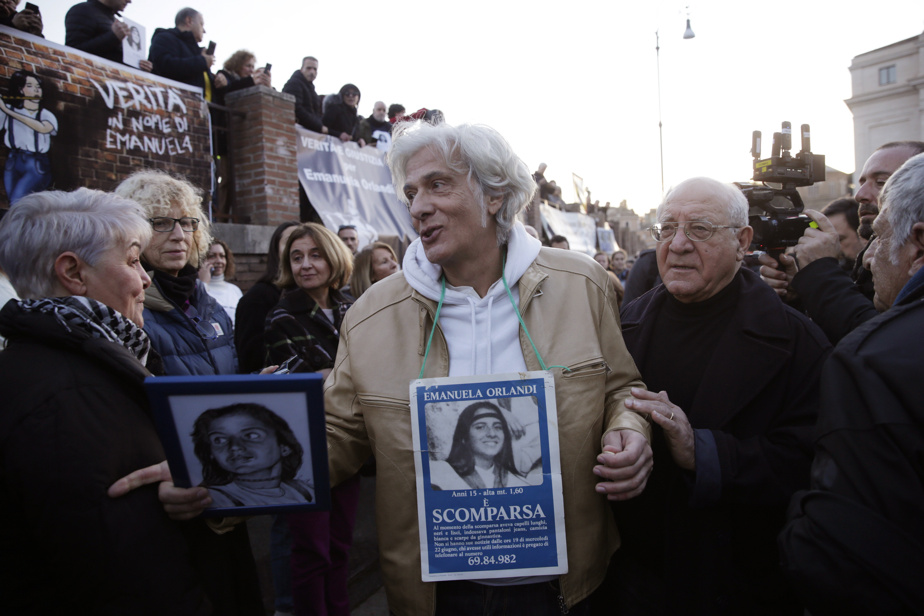 (Vatican City) On Saturday afternoon, about 200 people participated in a sit in Close to the Vatican to demand the truth about the disappearance of a teenager, 40 years ago, from the citizens of the small country, according to Agence France-Presse.


Fifteen-year-old Emanuela Orlandi, whose father worked for the Vatican, disappeared after a music class in central Rome on June 22, 1983. Since then, the case has led to several theses being put forward, never proven, never proven. Stop dazzling Italians, against the backdrop of conspiracy theories implicated by the Secret Service, the Mafia, the Vatican’s high authorities, and Freemasonry.

“No state, not even the Church, can justify criminality,” one banner proclaimed. sit in It was organized by Pietro Orlandi, brother of the disappeared, after the Vatican announced on Tuesday that an investigation had been opened in this case.

Perhaps (the Vatican, editor’s note) understood that it was time to put a point. I hope this is a full stop. “This is the first time they have opened an investigation into the kidnapping of Emanuela, a citizen of the Vatican,” Pietro Orlandi told the press.

I have always been convinced that the Vatican knows, and they know, that the three Popes (John Paul II, Benedict XVI and Francis, ed. note) know, and that there can be responsibilities within the Vatican, with the help of outsiders.

Pietro Orlandi, brother of the deceased

The solidarity of those present, Mr. Orlandi added, “is the strength that has kept me going all these years.”

“I hope in 40 years it will be a good time,” after the Italian magistrate’s fruitless investigations, declared for his part Lorenzo Farina, the student who had come to take part in the sit-in.

“What also struck me was the indifference on the part of the Vatican […] who have never cooperated.”

Her disappearance was the subject of a 2022 Netflix series in which Emanuela’s brother claims Pope Francis told him, “She’s in heaven,” which means – according to the family – that the Vatican knows this. What happened to the girl.

The documentary, in which testimonies confirm the abduction thesis, also gives the word to a friend of the teen who confirms that Emanuela would have confided to her that she was “tired” of the sexual orientation of a close friend of Pope John Paul. The second is in the Vatican Gardens, a few days before his disappearance.