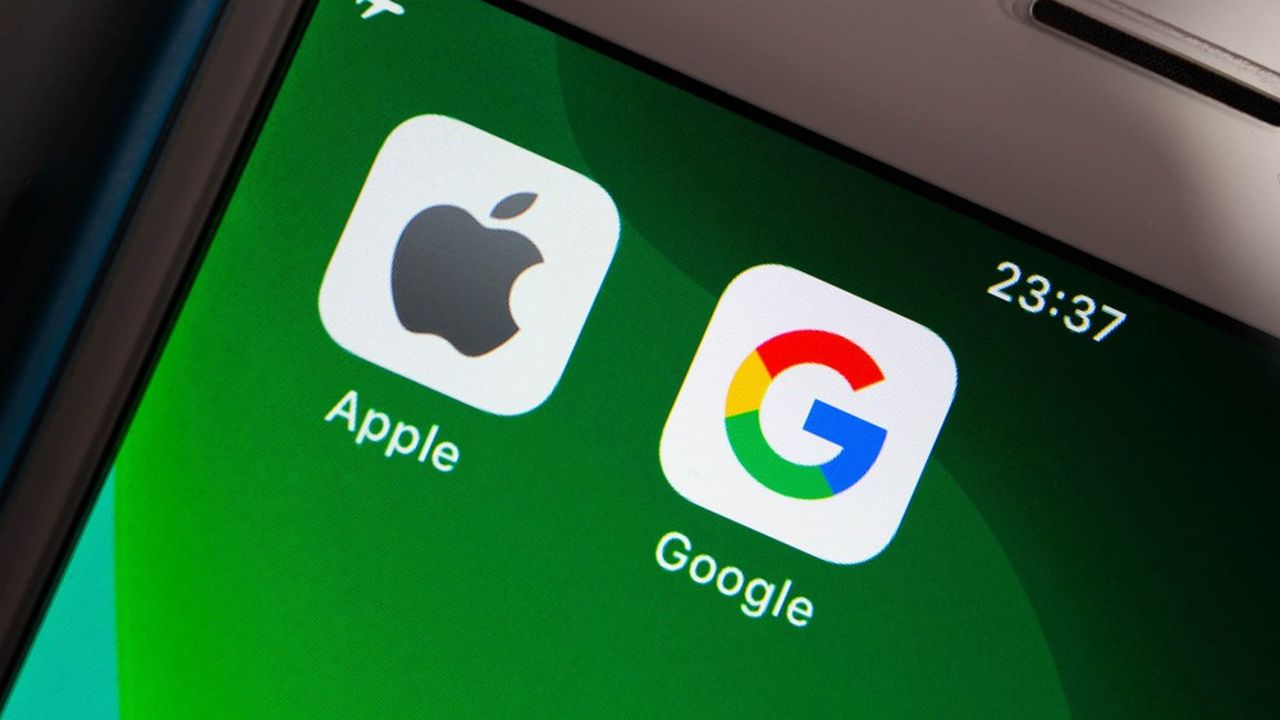 Under a new investigation hangs over Apple and Google? Four American Democratic Parliamentarians are already pushing for Federal Trade Commission, The US competition policeman, opens an investigation into the practices of the two giants in terms of personal data on mobile phones, according to The Wall Street Journal.

According to the parliamentarians, Apple and Google engage in unfair and deceptive practices by allowing information to be collected and sold. Specifically, they allegedly facilitated these “malicious” practices by including tracking IDs in their mobile operating systems.

However, both groups have put in place safeguards to limit data collection across iOS and Android.

in In the spring of 2021, Apple launched a new policy called “ATT” (“Application Tracking Transparency”) . It consists, when downloading or launching an application for the first time, that the consent collection window is displayed. Thus, the user can decide whether, yes or no, he authorizes the developer to communicate his data to third parties.

then, In June 2021, Google announced that it wanted to modify Android . In May 2022, the US giant company gave developers a first glimpse of the Privacy Sandbox, a set of tools that is supposed to replace the advertising ID.

But the tech giants aren’t going far enough according to Ron Wyden, Senator Elizabeth Warren, Cory Booker and House of Representatives Sarah Jacobs. In a letter, they protested that “until recently” Apple activated the tracking ID by default and you had to go to the phone’s settings to deactivate it. Likewise, Google still enables the tracking tag by default and until recently did not offer “until opt-out”.

In the echo of American news about abortion

in resonance with US news on Supreme Court ruling on abortion rights Parliamentarians point out, for example, that prosecutors in countries where abortion is illegal can obtain orders to obtain information about the whereabouts of a person who has consulted information about abortion centres.

Google responded that the group never sells data and that Google Play (its own app store) prohibits the sale of data by app developers. Any claim that the advertising identifier was created to facilitate data sales is simply incorrect.

The whole question is whether the parliamentarians’ request has a chance of success. “This request is bizarre and looks more like an act of lobbying insofar as in the US, cookies are allowed by law on mobile phone. In addition, the US giants are rather in the direction of restricting ‘mobile phone identifiers’. I would like to know what the motivations are. The truth behind this message and for whom ”, confirms Nicolas Reol, President of IAB France, the organization representing digital advertising representatives.