Home World United Kingdom | Chaos in the government, Liz Truss is trapped at the foot of the wall 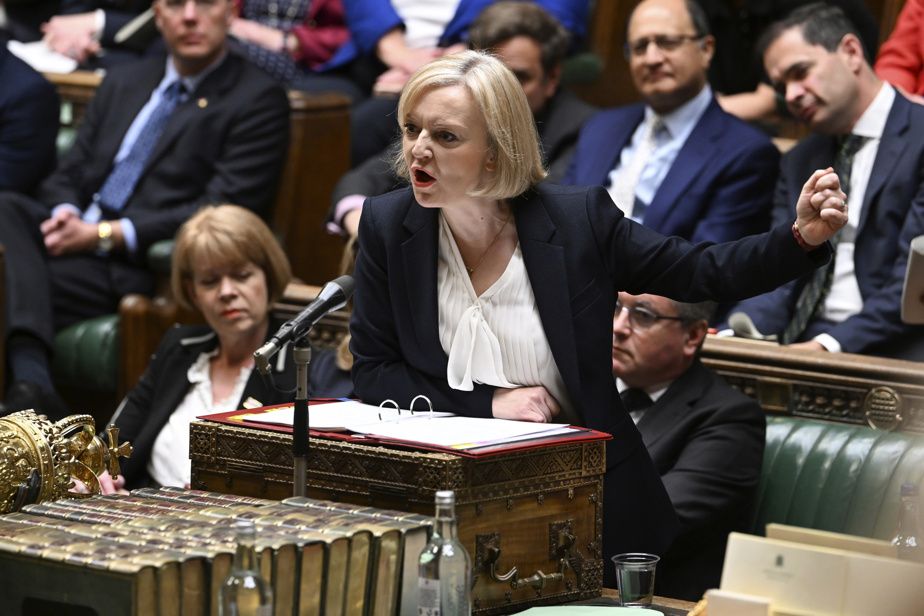 (London) Another sudden resignation from the government, an evening of melodrama in Parliament: British Prime Minister Liz Truss, already in the hot seat after six weeks in power, hangs by a thread in Downing Street.

‘Chaos’: The word was repeated across the front pages of the British press Thursday morning, summarizing the nightmarish day the previous day in Westminster as the vote turned into a rat race. For the tabloid the sun, Liz Truss “Broken”. “His authority is in tatters after a very chaotic day,” the daily wrote, adding that “the government is crumbling before us.”

“The reality of Liz Truss strength was fragile […] She is now doomed,” she asserts times In its opening.

Weakened within her conservative majority, and ever less popular in public opinion, Liz Truss may assure us that she wants to stay in power, her position seeming more and more untenable, after the abandonment in an open country of her economic program and the departure of two. of its chief ministers.

His government now lives by the clock, but after 12 years in power, his party appears so far paralyzed, unable to agree on a successor, and refusing to face early elections that will put him back in the opposition.

Former Conservative Minister David Frost, who once ardently supported it, said at a forum in Daily Telegraph.

“Change is needed today to stop this disharmony and give our country the judgment it needs,” Representative Crispin Blunt said Thursday morning on the BBC.

For the Conservatives, the challenge now is to find a successor who can rally the party and spark confidence in a country that, far from political chaos, is going through a major economic and social crisis with inflation reaching 10.1% in September, the highest level in 40 years.

The way out of the current political impasse depends on this, but it seems that the various trends within the party have not yet come to terms with many names circulating, such as those of Rishi Sunak, Jeremy Hunt, Benny Mordaunt – the minister responsible for relations with Parliament – or even Boris Johnson, the Prime Minister which he replaced in September.

Reprisals against the bombers

On Wednesday, after a tough question-and-answer session in Parliament in which Liz Truss described herself as a “fighter” under attacks and boos from the opposition, the day turned into the stations of the cross for the prime minister.

Less than a week after Finance Minister Kwasi Kwarting left, right-wing Interior Minister Suila Braverman had to leave a government ship on the side of the road.

She was replaced by Grant Shapps, Boris Johnson’s former transport secretary, in another gesture of opening up to former opponents of Liz Truss in the Downing Street race, with Shapps supporting Rishi Sunak.

Braverman explained that he resigned to send official documents with his personal email, breaking ministerial law, but the British media is mainly raising the growing differences between the two women on immigration.

The evening was eventful in Parliament as the vote – won by the government – to lift the ban on hydraulic fracturing, a polluting technology to exploit shale gas, clearly turned into a rat race among Tories.

Majority deputies refused to vote in the direction of the government, despite the reprisals they were subjected to, Downing Street explicitly requested that voting instructions be respected.

Transport Minister Anne-Marie Trevelyan, whose arduous task was to defend the government in the media Thursday morning, assured Sky News that “appropriate disciplinary action will be taken” against rebellious ministers if they appear to have no acceptable excuse not to have followed through with the majority.